By Dr. Patrick Slattery — There are new reports that the NSA is harvesting hundreds of millions of contact lists from personal email and instant messaging accounts. Because this would be illegal if carried out on U.S. soil, the collection supposedly takes place abroad with the cooperation of foreign companies and intelligence agencies. Data from Americans frequently leaves the country because companies like Google and Facebook operate data centers abroad. 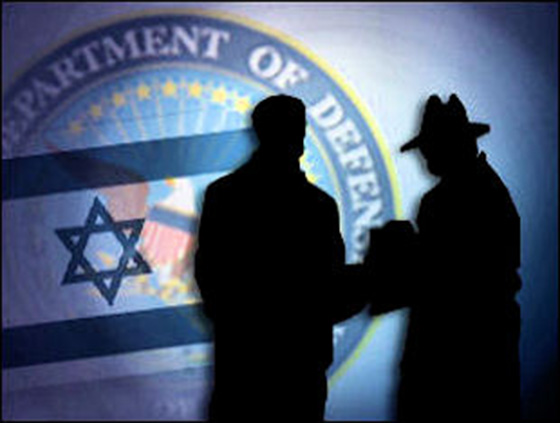 When I read this I immediately wondered which foreign companies and intelligence agencies were involved. With both Google and Facebook being run by Jews, I naturally thought of Israel. Google has a lavish new headquarters in Tel Aviv, but as far as I can tell no major data center. Facebook has only just announced the opening of its Israeli offices.

However, despite its history of spying and terrorism against the United States, the U.S. keeps its guard down and have allowed Israeli companies to make massive inroads into the most sensitive sections of our cyberworld. Moreover, these Israeli companies are more often than not linked to the Israeli military. According to the UPI:

“The Israeli military’s top-secret Unit 8200, the Jewish state’s equivalent of the U.S. National Security Agency, has spawned a generation of high-tech start-ups and more technology millionaires than many business schools, and these days the cyber security sector is booming.

“IBM announced in August that it’s buying Trusteer, a privately owned Israeli cloud-based cybersecurity software provider whose customers include many of the largest banks in the United States and Britain.

“The terms of the deal have not been disclosed. But the Financial Times reported that IBM, which will form a cybersecurity software laboratory in Israel with more than 200 researchers from both companies, is believed to be forking up $800 million-$1 billion for Trusteer.”

“With the emergence of consumer apps based on crunching vast amounts of information known as “big data”, Israel is a decade ahead of the US and Europe – and all because of the military.”

It would seem inexplicable that companies at the heart of the computer industry like Intel and Microsoft would built their first overseas research and development centers in Israel, but they did. Other American cyber giants, such as IBM, Cisco Systems, and Motorola, have also opened facilities in “the Jewish State.” Of course, it is equally inexplicable that Germany, the European country that Zionists most love to hate, would supply Israel with nuclear-capable Dolphin class submarines with a range that allows them to strike — Germany! And of course, with technology presented by and stolen from the United States, Israel has developed nuclear armed Jericho missiles able to strike — the United States!

But just as “the West” has give Israel the weaponry with which to hold us hostage, it is paying Israel to spy on us. The major telecom companies are all doing business with companies linked to the Israeli military, making it possible for them to amass files on all of us that would be the envy of J. Edgar Hoover.

Amdocs does the billing, customer relationship management, and operations support systems for telecommunications giants including AT&T, Sprint, T-Mobile, Vodafone, Bell Canada, Comcast, and DirecTV. Do they use their relationships with these firms for spying? Listen to what Carl Cameron of Fox News had to say about Amdocs back in 2001 in a series of reports he did about the Israeli connection to 9-11.

“But sources tell Fox News that in 1999, the super secret National Security Agency, headquartered in northern Maryland, issued what’s called a Top Secret sensitive compartmentalized information report, TS/SCI, warning that records of calls in the United States were getting into foreign hands – in Israel, in particular. ” (Watch the video here.)

In a subsequent report, Cameron revealed that Comverse, another Israeli that provides wire-tapping equipment to the U.S. government for electronic eavesdropping, was being secretly investitgated on suspicion of having installed systems on the equipment that allowed it to intercept, record and store these wire-taps. (Watch that video here.)

We don’t know what became of this secret investigation, but we do know that the top executives of the company (which changed its name to Verint) were charged in the US with multiple counts of conspiracy, fraud, money laundering and making false filings, and that the CEO fled the country to Namibia.

The fact is that Israel treats us as an enemy country in every way. It attacked our military (the USS Liberty), it’s armed forces murder our unarmed citizen’s with impunity (Rachel Correy and Furkan Doğan), it commits terrorism against us (the Lavon Affair), and it spies on us (Jonathan Pollard). And our presidents and our Congress hand Israel countless billions of dollars, provide it with the most advanced weaponry in the world, and send our troops to die in their wars. It is time for us to absolutely refuse to vote for any politicians who vote to send a single dollar to the Zionist entity. Forget what position they may have on social issues or the environment or the economy. If they support Israel, they are traitors. Let’s start treating them like traitors.

Next Post Jewish Supremacist Censors at Work in Australia