Well-known Jewish dissident Professor Shlomo Sand has admitted that Israel is the “most racist state in the world”—and that Jews in the rest of the world all work to “dominate” and “control” their home nations’ policies to support the racist Zionist state. 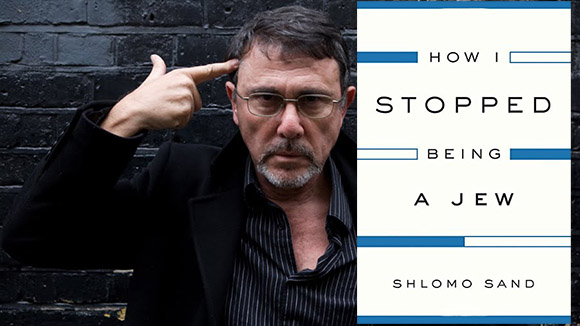 The astonishing outburst by Professor Sand—who first gained fame for propagating the now-discredited “Khazar”-origin theory of Ashkenazi Jews—is contained in his new book How I stopped being a Jew.

In his new book, Sand, who was raised in Israel, discusses what he called the “negative effects of the Israeli exploitation of the chosen people myth” and what he calls its “holocaust industry.”

He also rejects the Jewish religion for its “genocidal Yahwestic tradition,”—a reference to that religion’s “holy books” which contain direct instructions to Jews from God which justify, quite literally, the murder and dispossession of Gentiles. 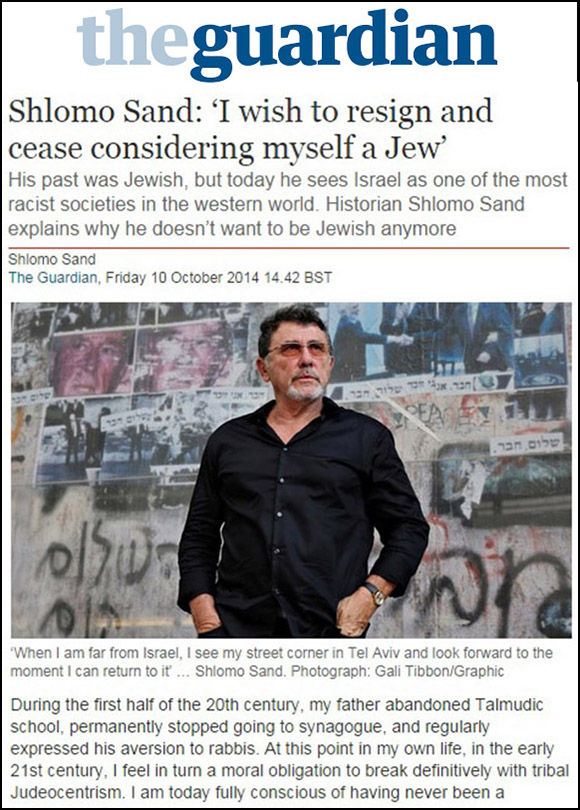 In an article in the UK’s Guardian newspaper discussing his new book, Sand went on:

I am aware of living in one of the most racist societies in the western world. Racism is present to some degree everywhere, but in Israel it exists deep within the spirit of the laws. It is taught in schools and colleges, spread in the media, and above all and most dreadful, in Israel the racists do not know what they are doing and, because of this, feel in no way obliged to apologise.

I am often even ashamed of Israel, particularly when I witness evidence of its cruel military colonisation, with its weak and defenceless victims who are not part of the “chosen people”.

Deeper inside his book itself, Sand makes the following observation on how Jews in the Diaspora now use their position to “dominate” and “control” their host nations:

Since the fall of the Soviet Union, there is no longer a country in the world where the descendants of the chosen people are prevented from emigrating to the state of the Jews. Zionism has shifted the objective that originally constituted its raison d’être and acquired a second youth through a reinvigorating initiative.

Now more than ever, those who aspire to identify themselves with the seed of Abraham are asked to gather funds in support of a land of the Jews that is in full territorial expansion and, above all, to activate all their networks of influence on their country’s foreign policy and public opinion.

The results of the latter objective have been remarkable.

At a time when communitarianism enjoys growing legitimacy — particularly in an age of reverence for ‘Judeo-Christian’ civilization, underpinning the ‘clash of civilizations’ — it is more possible than ever to harbour pride at being a Jew and finding oneself on the side of the powerful who dominate history.

While Sand is approaching the entire topic from what would traditionally be regarded as a “far leftist” position—and his demonstrably false belief that there is no genetic basis to Judaism—his observations about the true nature of Jewish racist tribalism are accurate.

Where Sand has made his essential mistake is understanding that all human behavior has in fact a biological origin. All of us—of whatever ethnic origin—are merely products of our ancestors. Our abilities, our limitations, and our innate characters—are all inherited from those who have come before.

Sand’s realization that the vast majority of his fellow Jews are ultra-racists—and hypocrites as well—must be difficult enough for him to comprehend. It might then be too much to expect him to admit that there is an inherited aspect to Jewish behavior which perpetuates this open racism towards, and hatred of, Gentiles from generation to generation.

Sand’s new book has already attracted the ire of some of his erstwhile fellow Jews. 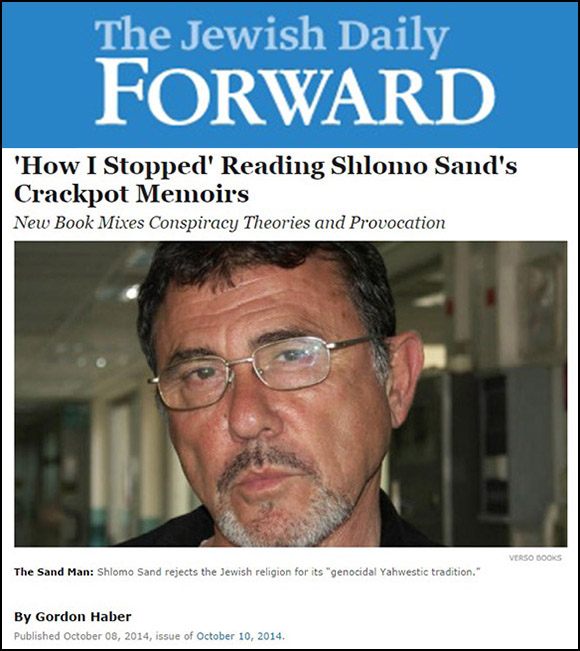 The Jewish journalist Gordon Haber, in an article in The Jewish Daily Forward, for example, dismissed Sands as a “crackpot”—yet was forced to admit that Sands had correctly identified one aspect of Jewish behavior which even Haber found puzzling: namely the staggering hypocrisy of Jews in America supporting Israeli racism while propagating exactly the opposite policy in the US.

And yet, if I am to be honest, Sand does raise a question of grave importance. For Sand, there is a “close link” between an essentialist Jewish identity and how Israel treats its non-Jews. Many, of course, will argue that Israel is a haven for Muslims and everything’s hunky-dory in Gaza.

But those of us who strive for intellectual honesty must acknowledge the contradiction between Western ideals and an ethno-religious government that humiliates and brutalizes people under its jurisdiction. American Jews, in particular, need to ask themselves why they support a situation in Israel that they would never countenance in their own country.

Of course, neither Sand nor Haber will dare tackle the real reason for this obvious hypocrisy—which is that Jewish racial tribalism engages in a divide-and-conquer strategy to ensure that non-Jews remain divided and deflected away from the real source of power in the US and elsewhere: the Jewish Lobby.