Dr. David Duke has another foundational show today which he begins by going deeply in the basic nature of Judaism, a forbidden topic today. 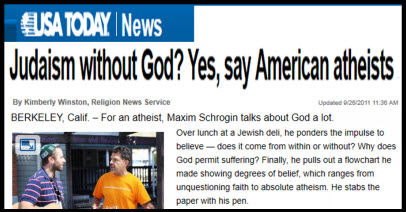 He shows how formal organized Judaism does not not even demand a belief in God, but what it does demand is loyalty to the Jewish tribe.

That the fundamental tenets of Judaism are in fact Jewish supremacy and superiority (chosenness) and the fundamental evil of the Gentiles, and especially the people who they consider their ultimate enemy, European mankind.

He goes into the psychology hatred against Europeans as shown by the Producer of Saturday night live and the sick, psychopathic Sarah Silverman as demonstrated in a recent SNL broadcast.

Dr. Slattery discusses his article on the Sarah Silverman racism and delves with Dr. Duke into Jewish racist psychopathology. Incredible show that you MUST share with the world!