The “talks” about Iran’s mythical “atom bomb”—supposedly reaching a deadline on November 24, are little more than a Jewish Supremacist set-up coordinated by the Israeli government using its single-loyalty agents within the US Government.

The conspiracy against Iran is not even being undertaken in secret: a new report in the Jewish Telegraphic Agency has, for example, reported that the “United States and Israel will maintain ‘unprecedented coordination’ as nuclear talks go forward with Iran, the White House said after a summit of the two nation’s security advisers.” 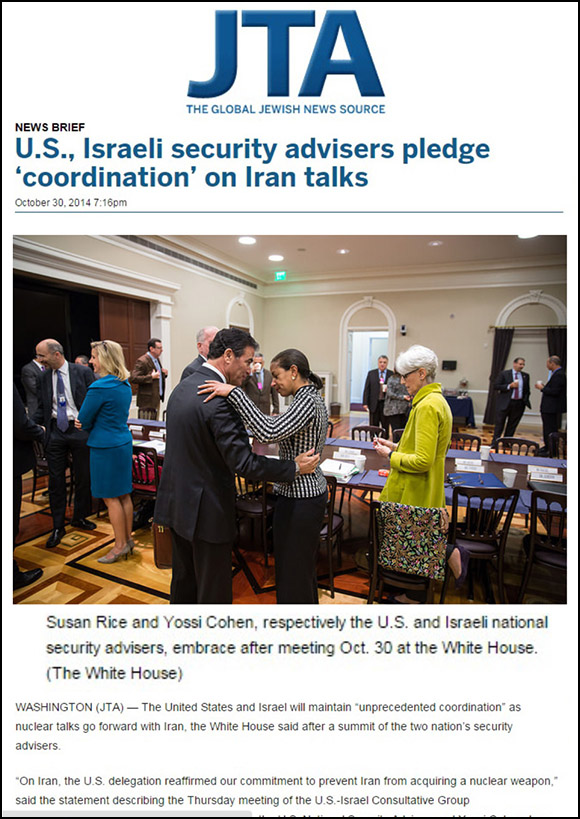 The JTA, quoting a statement from the Thursday meeting of something called the “U.S.-Israel Consultative Group,” said that the “the U.S. delegation reaffirmed our commitment to prevent Iran from acquiring a nuclear weapon.”

Consider the implications of this statement: a “U.S.-Israel Consultative Group” has already announced what the aims of the “U.S. delegation” to the nuclear talks is to be!

The joint statement continued: “The delegations pledged to continue the unprecedented coordination between the United States and Israel as negotiations continue.”

As if this was not bad enough—that the Israeli government is openly running the US foreign policy through its government officials sitting in the White House!—the lead delegate of the “American” team at the talks is Wendy Sherman, a well-known Jewish Supremacist and single-loyalty Zionist in her own right.

For example, earlier in October 2014, Sherman, Sherman, speaking before the Senate Foreign Relations Committee to urge Congress to postpone new sanctions on Iran, blood-libeled the Iranian people, saying that “deception is a part of [Iran’s] DNA.”

Imagine if any “American” or any official of any nation of the world would say the “Deception is part of [Israel’s] DNA.”

The outrage would be deafening and the person would be dismissed immediately as an anti-Semite.

Of course Israel’s huge intelligence organization trumpets deception in its official motto, “By Deception though shalt wage war” and the Zio media and government wants to portray the Iran talks as fair, but keeps quiet the fact that the “American” negotiators are in fact, Zionist negotiators and not unbiased mediators. 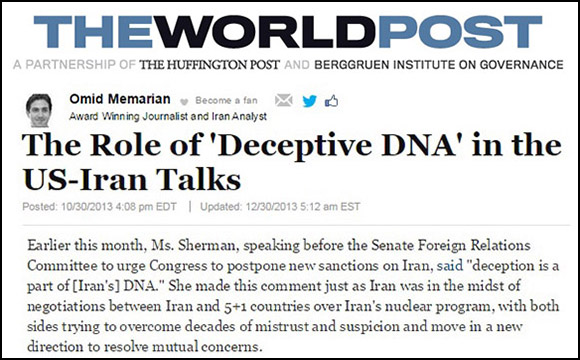 Apart from echoing her bosses in Tel Aviv, the question of Sherman’s objectivity—and credibility—went out of the window with that remark alone.

Yet, somehow, this blatantly biased Jewish Supremacist has been appointed the head of the so-called “western nations” delegation supposed to negotiate with the Iranian government! 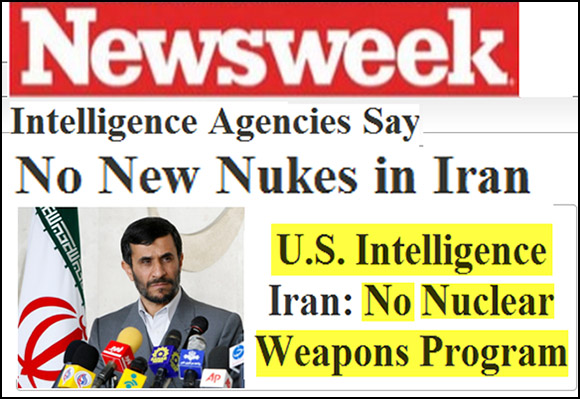 In all previous meetings between Iran and Sherman’s “delegation”, she has always put forward the Israeli-manufactured demands and then go to Israel to report on the Iranian reactions.

For example, as Haaretz reported on May 25, 2012, following a formal meeting in Iraq, Sherman went straight to Israel to “update Israeli officials on the talks in Baghdad, and on  preparations for the third round of talks in Moscow on June 18 and 19.”

“We updated the Israelis in detail before we updated our own government,” Haaretz quoted an unnamed US official on the following day.

According to the same report, in her trip to Israel, Sherman was accompanied by the Jewish Supremacist Gary Samore, President Obama’s “Coordinator for Weapons of Mass Destruction Counter-Terrorism and Arms Control.”

Similar to Sherman, Samore represented the position of Israel in the Obama Administration before his departure in September of 2013. He was—along with the Jewish Supremacist Dennis Ross, the architect of Obama’s Iran policy, and the Jewish Supremacist Richard Holbrooke—one of the original leaders of “United Against Nuclear Iran” (UANI), an Israeli lobby group which has been actively seeking sanctions and the use of military force against Iran. Currently, Samore is also President of UANI.

In other words, the whole “nuclear talks” program is a Jewish Supremacist set-up from beginning to end.

– It is controlled directly by Jewish Supremacists working for the Israeli government, quite literally using the offices of the American government in Washington D.C..

– The “policy formulators” for the US government departments in charge of setting up the “delegations” are all Jewish Supremacists, loyal to Israel.

– The “lead negotiator” is a Jewish Supremacist who blood-libelled the Iranisn, saying they have “deception in their DNA.” 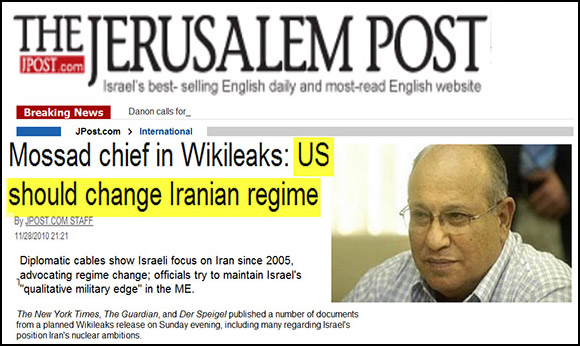 The “nuclear talks with Iran” have therefore, nothing to do with resolving that nation’s mythical “atom bomb” issue—instead, they are all about advancing Israel’s interests by using the “American” government as a puppet once again.

Next Post Hear Dr. David Duke and Ken O’Keefe on Iran and the Jewish Lobby