By Professor Kevin MacDonald. GOP House Majority Leader Eric Cantor’s ominous squishiness in the face of the Amnesty/ Immigration Surge drive, which has provoked a primary challenge from Economics professor Dave Brat,may be due to personal greed, but Jewish organizations clearly think he can be motivated by ethnic appeals. 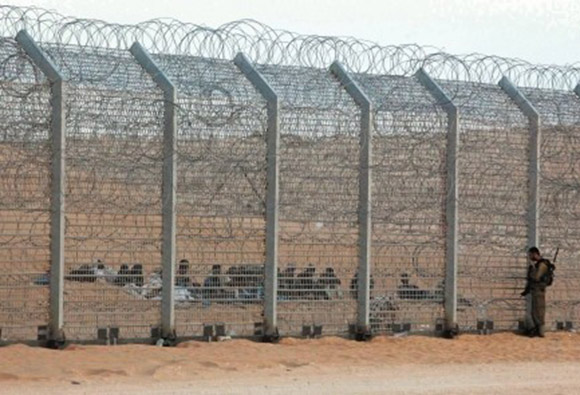 A friend recently forwarded me this email:

Jewish voters are ratcheting up the pressure on Majority Leader Eric Cantor to move comprehensive immigration reform through the House. On Monday, Bend the Arc: A Jewish Partnership for Justice launched a petition calling on Rep. Cantor to bring immigration reform to a vote. The effort, spearheaded by Bend the Arc, is a collaboration of many of the nation’s leading Jewish organizations.

The petition (at www.entrydenied.org) makes clear that immigration reform is a priority issue for the Jewish community:

“As American Jews, we believe in a nation that grants today’s immigrants access to the same basic freedoms and opportunities that drew our ancestors and yours.”

Jewish organizations are unanimous in support of the Amnesty/ Immigration Surge drive. This support for liberal immigration laws has a long history—the granddaddy of them all being the 40-year campaign to enact the 1965 immigration law that opened the doorto heavy immigration of all the peoples of the world.

But what is striking is that Jewish immigration enthusiasts have portrayed themselves as motivated entirely by a set of ethical values that are unique and central to Judaism. Thus Bend the Arc proclaims:

We are building a national movement that pursues justice as a core expression of Jewish tradition . . . Jewish tradition is about liberation and love for humankind. We believe in the dignity and inherent right of all people to live in a just, fair and compassionate society. As Jews immigrated to America, this belief was stowed in their luggage. Throughout American history, courageous Jews have worked with others to hold the nation to its promise, whether in the abolitionist movement, the anti-sweatshop movement, the movement against child labor, the modern labor movement, the civil rights movement or the movement for LGBT inclusion (just to name a few).

Over the past year, Bend the Arc has organized around the issue of immigration, arranging meetings between Jewish leaders and congressional staff, hosting immigration-themed Shabbats, organizing petitions and participating in marches, vigils and town halls to deliver the message that immigration reform is a top priority for Jewish voters. In October, Bend the Arc’s rabbi-in-residence was arrested at a national demonstration for immigration reform alongside members of Congress during an act of civil disobedience on the National Mall.

An April 2 Google search for ‘immigration “Jewish values”’ resulted in over 81,400 links to a wide range of Jewish organizations, including the Hebrew Immigrant Aid Society (which is deeply involved in recruiting African refugees for resettlement in the US), the American Jewish Committee, the National Council of Jewish Women, and the Union for Reform Judaism.

Clearly, from the mainstream Jewish perspective, swamping the historic American nation with peoples from all over the world is nothing less than a moral imperative. The tacit assumption: Jews are ethically superior—motivated by a unique set of specifically Jewish values that make them support displacement-level immigration into Western societies.

We are compelled to act because we remember our core story: We were strangers in a land that was not our own. The imagery of the Exodus and the Jewish story of immigration and rejection, of landlessness and powerlessness, continues to animate us and guide our consciousness of the fate of others. We have experienced the pain that comes from the separation of families, of closed borders, of inhumane immigration policies. Because Jewish memory is both eternal and inspirational, we believe that we must act to achieve immigration reform. We are proud to bring our own set of values to the forefront as we stand beside our many partners in the Asian, Latino and other faith communities on behalf of the undocumented and to seek justice for immigrants in California and throughout the United States. — [Jewish Values Inspire Immigration Reform, Jewish Journal, by Rabbi Ron Stern, May 22 2013]

Given that these sentiments are so central to the mainstream Jewish community in the US, you would expect that Jews in Israel would welcome immigrants from Africa and elsewhere with open arms.

But of course you would be wrong. African immigrants are mistreated, rounded up, and deported. Even African Jews have been subjected to a variety of indignities, including being given long-acting Depo Provera birth control shots.

Some American Jews are willing to say frankly that their interest is in Israel remaining a Jewish state, which would be compromised by African immigration. An Orthodox rabbi explains:

Rationally, though, we recognize that every nation must place limits on the number of foreigners who wish to reside there. … In a country with approximately six million Jews, and over a million Arabs, the character and culture of the Jewish state will be diluted once a critical mass of non-Jews is allowed to permanently reside there. If the gates are completely open, Israel can be overrun with another million or more foreigners—non-Jews who do not share the values and destiny of the Jewish people, and the Jewish State will begin to evaporate. Obviously, the Torah recognizes limitations on a non-Jews’ right to live in the land of Israel.  [Jewish Values Online, undated]

Would that analogous sentiments had been permitted in America in 1965, when it was 90% White and a self-consciously Christian, European-derived civilization!

Disoriented by this constant drumbeat, Western peoples have been defenseless against their own disempowerment. They can only begin to defend their legitimate interests when they challenge the hypocrisy, and historical inaccuracy, of Jewish immigration enthusiast claims to a unique, and imperative, moral vision.