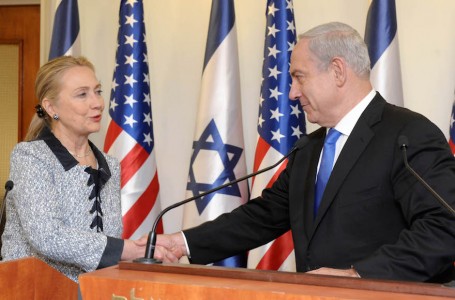 No, I’m not talking about Myanmar here. I’m speaking of the mind of Benjamin Netanyahu.

A batch of emails released this week as part of the trove related to the controversy over Clinton’s use of a personal email address while serving as secretary of state includes the solicitation of advice on how to deal not just with the Israeli prime minister’s policies, but with his personality.

Some of her interlocutors advise embracing him. Others suggest slapping him down. No one much likes him.
Click here for the full story 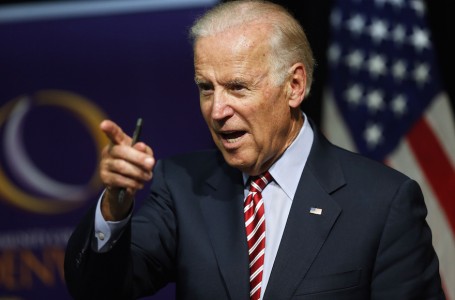 WASHINGTON (JTA) — Vice President Joe Biden said opponents of the Iran nuclear deal were seeking regime change, which could only be achieved through a messy war.

“The only thing that would satisfy deal opponents,” including Israeli Prime Minister Benjamin Netanyahu, “is a change in regime,” Biden said Thursday, addressing Ahavath Achim synagogue in Atlanta.

That could only come with U.S. power, Biden said, which would involve “hundreds of sorties” by combat aircraft.
Click here for the full story

The Tel Aviv regime has launched a missile attack on the north of the besieged Gaza Strip, Israeli media say.

According to The Times of Israel, Israeli warplanes targeted a base belonging to the Palestinian resistance movement of Hamas early Thursday morning. Two missiles were reportedly fired in the attack.

There is still no word on the possible casualties of the airstrike which was the second of its kind against Gaza over the past week.

The attack reportedly follows “sniper fire” from the base which hit several houses in the Israeli town of Netiv Haasara, north of the besieged coastal sliver, The Times of Israel claimed, adding that no one was killed or injured in the incident.

9.04.15, 09:05The rise of Orthodoxy within the American Jewish community is to change the profile of US Jews in several ways, an analysis of a groundbreaking 2013 Pew survey revealed last week.

The Orthodox American Jew is younger, has twice as many children as other Jews, and politically, votes Republican. The Pew Research Center, a nonpartisan US think tank, published in 2013 the most comprehensive survey ever of American Jewry, and its researchers have since been analyzing the data.

The analysis reveals that the Orthodox American Jew differs fundamentally from all other Jews in the United States, starting from his political affiliation (The Haredim and Modern Orthodox mostly vote Republican, in contrast to the traditional Jewish attachment to the Democrats) to differences in education and demographics. 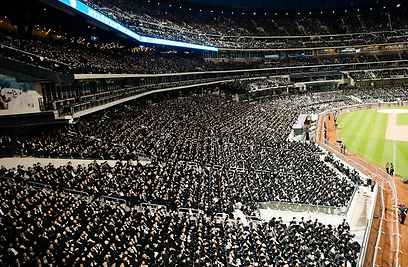 Haredim at a conference in New York on the internet (Photo: AP)

A Satmar Hasidic school in a London borough apologized for using the term “goyim” on worksheets following a newspaper report that its preschoolers were being taught that non-Jews are evil.

An article published Tuesday in the Independent newspaper, a major British daily, focused on a worksheet on the Holocaust used by the young students at the Beis Rochel D’Satmar Girls’ School in Hackney, in northeast London, in which Nazis are referred to only with the term for non-Jews that some deem offensive.

The worksheet is in Yiddish, and the newspaper received an independent translation of the worksheet. The first question reads: “What have the evil goyim (non-Jews) done with the synagogues and cheders [Jewish primary schools]?” The answer in the completed worksheet reads “Burned them.”

“The language we used was not in any way intended to cause offense, now this has been brought to our attention, we will endeavor to use more precise language in the future,” a school spokesman told the newspaper.

The spokesman told the London Jewish Chronicle that the term goyim explicitly meant Nazis.
Click here for the full story

A desperate father and a train ride with such grim echoes: ROBERT HARDMAN on the trains carting migrants off to detention camps in Hungary

By ROBERT HARDMAN FOR THE DAILY MAIL

Through the condensation fogging up this oven of a railway carriage, an exhausted, ecstatic face pressed itself to the window yesterday morning.

A man in a pink T-shirt was raising his hand in a Churchillian V for victory as his train finally crawled out of Budapest’s newly reopened Keleti station, bound for the Austrian border.

In the morning queues for loos and standpipes around Hungary’s largest railway terminal, several thousand of the saddest souls on Earth began to dream that they were on the move again after a two-day standstill. But not for long.

By lunchtime, the truth was out and spreading like wildfire through this infernal dump. This train had not been going anywhere near the border with Austria, let alone the longed-for embrace of Germany. It had all been a monstrous hoax. A Hungarian policeman admitted as much with a mirthless snigger the moment it left the station.

(JTA) — A German politician has backpedaled on remarks comparing Israel’s security fence to the Berlin Wall.

Uwe Kekeritz of the Green Party in remarks made several months ago had said the Berlin Wall, which communist East Germany built in 1961 to keep its citizens from fleeing to the democratic West Germany, “is just a toy” in comparison to the West Bank fence, which he saw on a trip to Israel last year. The remarks gained attention after they were posted last month on YouTube.

The German daily Bild reported last week that Kekeritz said he had only wanted to compare the dimensions of the walls.

“In no way did I intend to minimize the brutality of the Berlin Wall, the suffering of those who tried to cross, and the oppression of the citizens of East Germany,” he said. “It was not my intention to compare the democratic state of Israel with the GDR dictatorship.”
Click here for the full story

WASHINGTON (JTA) — The removal of sanctions depends on Iran’s compliance with the terms of the nuclear deal between Tehran and six world powers, the White House said.

“We’ve been crystal-clear about the fact that Iran will have to take a variety of serious steps to significantly roll back their nuclear program before any sanctions relief is offered,” White House press secretary Josh Earnest said Thursday

Earnest was responding to a statement by Iranian Supreme Leader Ayatollah Ali Khamenei, who had said that if the sanctions are merely suspended, then Iran’s actions would also be “at the level of suspension and not in a fundamental way.”

Earnest said sanctions relief would not kick in until Iran had complied with every condition in the deal, “from reducing their nuclear uranium stockpile by 98 percent, disconnecting thousands of centrifuges, essentially gutting the core of their heavy-water reactor at Arak, giving the IAEA the information and access they need in order to complete their report about the potential military dimensions of Iran’s nuclear program.”
Click here for the full story

Billionaire businessman puts end to rumors he could run as independent, though loyalty oath not legally binding

WASHINGTON (AP) — Presidential candidate Donald Trump ruled out the prospect of a third-party White House bid Thursday and vowed to support the Republican Party’s nominee — whoever it may be.

The billionaire businessman announced his decision in a raucous news conference at Trump Tower, the gold-hued skyscraper in midtown Manhattan where he launched his surging and front-running campaign for president.

“I have signed the pledge,” Trump said, adding that he intends to win the nomination himself and face whoever the Democrats nominate.

“So, I will be totally pledging my allegiance to the Republican Party and the conservative principles for which it stands, and we will go out and we will fight hard and we will win,” he said.

Trump’s decision comes weeks after he roiled the race for the GOP nomination when, in response to the first question at the opening debate of the 2016 campaign, he refused to promise to back the party’s nominee if he fell short.
Click here for the full story

(JTA) — A Palestinian man who sheltered five American Jews from fire bomb attacks in Hebron said he only did “what needed to be done.”

Faiz Abu Hamdiah, who on Thursday took the five yeshiva students into his home to prevent their lynching, recalled the incident Friday in an interview with Ynet.

“I’m not a hero,” he said. The five students, all tourists, made a wrong turn on their way to Hebron’s Cave of Patriarchs, which is under Israeli control, when their car came under attack on the street in Hebron’s Jabel Juhar neighborhood. Unidentified individuals hurled stones, rocks and fire bombs at their car, which was consumed by flames.

Recognizing a threat to their lives, Abu Hamdiah took them into his home, gave them water, assured them they were safe and called police to request their extraction. Troops arrived 40 minutes later in a hastily-organized extraction operation.
Click here for the full story

WASHINGTON (JTA) — President Barack Obama awarded the National Humanities Medal to a Jewish writer who has through fiction and philosophical writings chronicled the transition from Orthodoxy to secularism.

Rebecca Newberger Goldstein was one of ten 2014 medalists who will receive the award in a ceremony on Sept. 10, according to a release Thursday. Another ten National Medal of Arts winners will also be cited at the ceremony.

She has won a number of Jewish book prizes for her work, among them the 2006 Koret Jewish Book Award for her 2006 work, “Betraying Spinoza: The Renegade Jew who Gave Us Modernity.”

The White House release cited her work on Baruch Spinoza, the 17th century Dutch Jewish philosopher who was excommunicated for his writings on secularism. The National Endowment for the Humanities manages the nomination process.
Click here for the full story

Next Post Why Europeans love dogs: we evolved together!