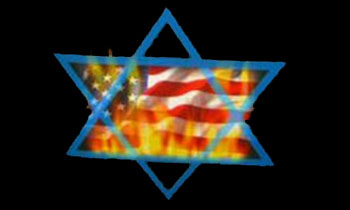 Dr. Duke begins by talking about the single loyalty of thousands of Jews bedecked with Israeli flags in utter devotion to the foreign nation of Israel.

He then links it to the quotation of the former head of National Affairs, Steven Steinlight of the biggest, most powerful Jewish organization in America, the American Jewish Committee in which he clearly points out that Jews are raised from birth to loyalty for the fellow Jews and with anger of Gentiles along with devotion to Israel as the true homeland.

Then he refers to his recent article about the head of Israel’s central bank becoming the vice-chairman of the Federal Reserve along with the Chairman Janet Yellin, who is also a Jewish extremists. He asks if it is unreasonable to believe that their ultimate loyalty to Israel and fellow Jews could color their enormously influential economic and banking policies.

Dr. Slattery comes on and gets to the very heart of the Jewish problem, its nature and how to fight it. Amazing, breath-taking show….. Now act to support this incredible work!