Now available on the Rense Radio Network archive: Hear Dr. David Duke on the reality of extremist Jewish racist intolerance and hatred toward non-Jews, which can be shown in leading mainstream Jewish publications. 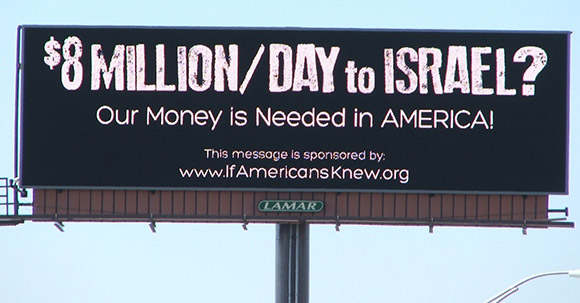 He shows how these examples of Jewish extremism are never brought the awareness of mainstream Gentile audiences!

Then he goes into the latest story that could be straight out of the Protocols of Zion, the latest millions of dollars give away to the military of the most racist, supremacist, criminal state on the planet: Israel, and a state that has made terrorist attacks on the United States!

Dr. Patrick Slattery talks about the background of the horrific U.S.S. Liberty attack and how that has been covered up by the media even though the leading American governmental officials at the time who were in a position to know, said it was a deliberate attack by Israel.

Then Dr. Duke caps off the show of how having a life of meaning and purpose, such as the struggle for our freedom and heritage actually leads to greater health, happiness and longer life!

How your activism and sense of purpose cannot only heal the world but heal and empower your own lives! Great Show! Copy and Share across to your friends, family and the world!