The decision by the US House to double funding to Israel’s “Iron Dome” missile system is yet another example of an even which could be taken directly out of the “Protocols of Zion.”

Protocol II: 2 says that the Jewish lobby will promote weak individual Goyim as “leaders” who will be advised and controlled by Jews:

Protocol II: 2. The administrators, whom we shall choose from among the public, with strict regard to their capacities for servile obedience, will not be persons trained in the arts of government, and will therefore easily become pawns in our game in the hands of men of learning and genius who will be their advisers, specialists bred and reared from early childhood to rule the affairs of the whole world.

While the above might have been written as a work of fiction more than a hundred years ago, its predictive power is incredibly accurate. 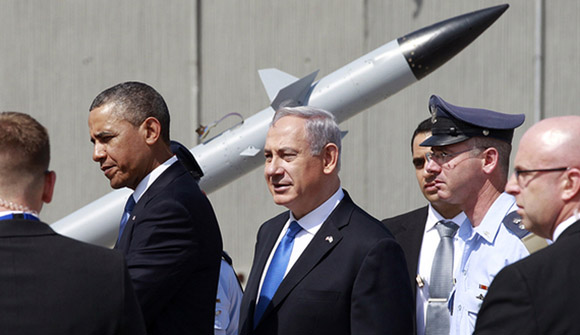 Across America, poverty is increasing and companies are closing down as the recession continues to bite: but aid to Israel always increases, courtesy of the controlled and Zionist-Supremacist-subservient “representatives” in Congress.

The National Defense Authorization Act, approved by the House, calls for the addition of $175 million in funding for the Iron Dome system, which currently gets $176 million annually from the Pentagon.

The Arrow system—a more advanced interceptor that can take out ballistic missiles—is now slated to receive $130.9 million, which is $65.8 million more than Obama’s proposal of $65.1 million.

The David’s Sling system—which is being developed to target long range rockets and cruise missiles—will receive $137.9 million, or $106.2 million more than Obama’s proposal of $31.7 million.

Significantly, the new funding levels are more in line with those requests made by the Israeli government.

Defendants of the bill have claimed that American companies will benefit from the funding in terms of contracts, but there has of course been no evidence of this occurring.

In fact, the Armed Services Committee report accompanying the bill made a specific begging appeal that the Zionist Supremacists give some scraps of the work to American companies, and even dared suggested that the cash handover be halted until some evidence was produced that Israel was actually sub-contracting the work out.

“Given the significant US taxpayer investment in this system, the committee believes that coproduction of parts and components should be done in a manner that will maximize US industry participation in interceptor and battery deliveries for Israel’s defense needs,” the report states. The report goes on to state that the Armed Services Committee “expects” the Pentagon’s Missile Defense Agency to withhold the extra funding “until receipt and acceptance by the MDA of sufficiently detailed cost and schedule justification from the Government of Israel.”

A careful reading of the Protocols of Zion, along with a comparison of present-day reality, provides the answer.