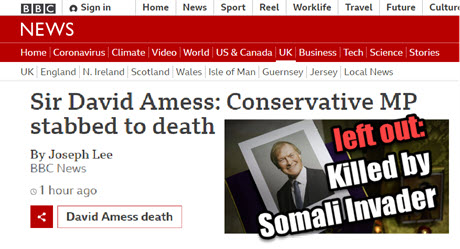 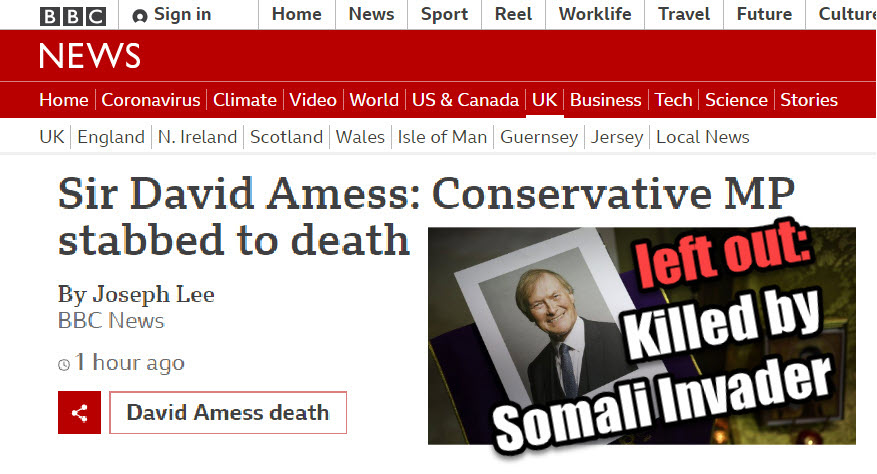 Dr. Duke & Collett of Uk discuss the vile stabbing murder of a White Conservative Christian Member of Parliament in a church in the UK. The show was live before the killer was identified by police but it became suspicious to us that even after many hours that is was likely not a White assailant because after a number of hours the murderer in custody had not been named or pictured by the police or the Zio-controlled media.

Dr. Duke and Mark Collett lost connection during the show, but (alert) they will join each other on the Monday David Duke Program to go into the matter thoroughly and add fascinating aspects of this case and growing violence agains White people across the entire Western World.

Here also is a link of Mark’s latest video at Odysee with a recording of an interview he did with a leading publication that exposes their deceptions. It is very powerful.

Previous Post Dr Duke and Dr Slattery – Jews make up lie that Columbus was a Jew to promote themselves. Now Jews claim he not Jewish but a White supremacist!

Next Post Dr Duke and Mark Collett of UK – UK Parliament Member Who Supported Immigration is ultimately Murdered by Migrant & his five Children are left Fatherless!