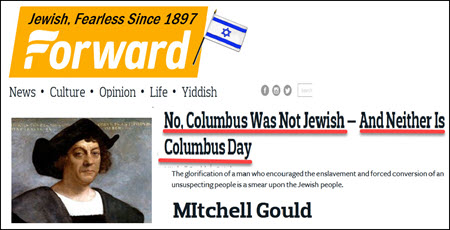 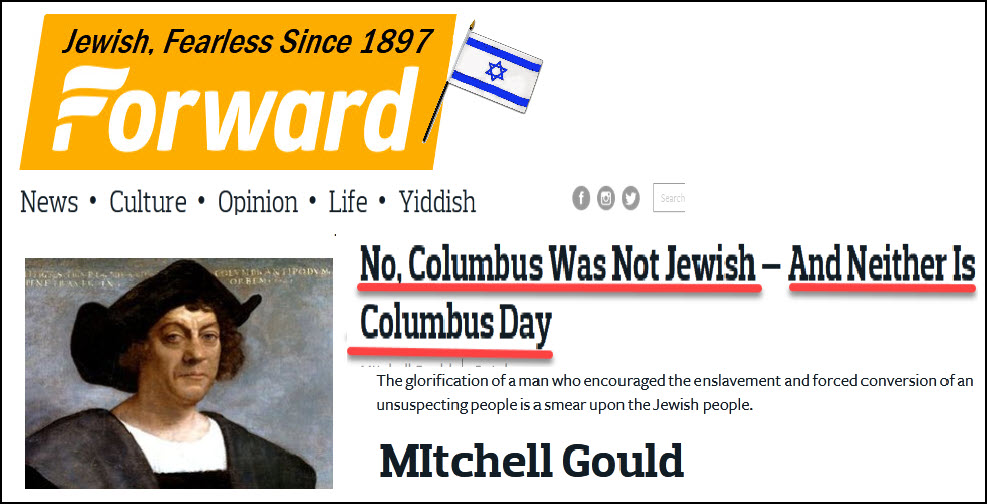 Todays show exposes how Jews are constantly changing their own narrative when it comes to advance Jewish power and influence in America.

When America loved Columbus, whose legacy, a number of Jews were telling us how Columbus was proof how wonderful Jews are. Now that the Jewish media elite have successfully demonized Columbus as a “racist,” who they repeatedly demonized in major films and books,  Jews now say that Columbus certainly Jewish.

Christopher Columbus was celebrated by all Americans for his role for connecting the immense Western Hemisphere with the known world. His discovery of a relatively short route to the unknown Western Hemisphere enabled the march of Western Civilization to the Western Hemisphere the creation of the the United States, the leading European populated nation in the world.

Listen to Dr. Duke and Dr. Slattery deconstruct the Jewish lies about Christopher (which means Christ Bearer) Columbus and have an incredible interesting discussion on other key issues of the day!