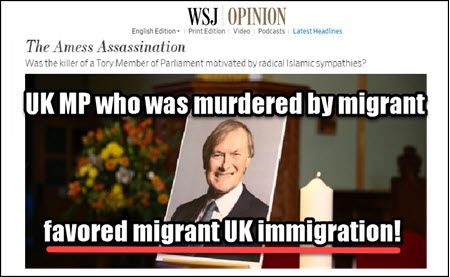 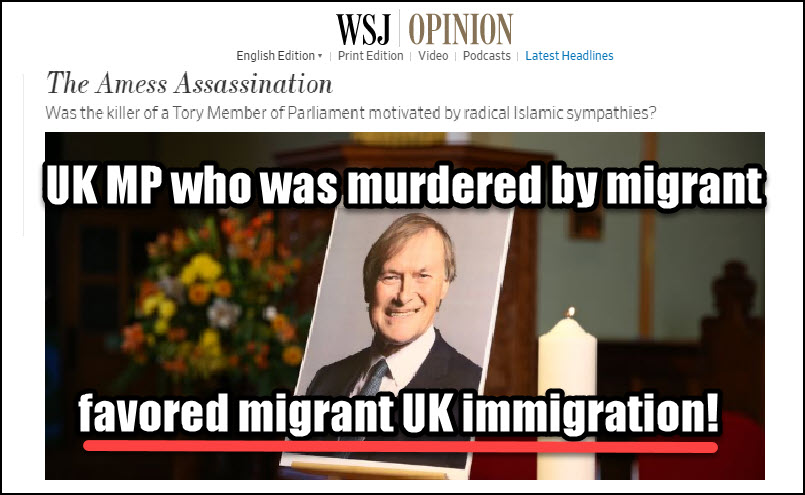 Dr. Duke & Collett of UK continue to discuss the vile stabbing murder of a White Conservative Christian Member of Parliament in a church in the UK.

The Title says it all. Dr Duke and Mark Collett of UK – UK Parliament Member Who Supported Immigration is ultimately Murdered by Migrant & his five Children are left Fatherless! This show is the ultimate in showing how that forces supporting the destruction of all European nations are the ultimate liars.

It also shows why Conservative MP Amess beliefs illustrate how attitudes are affected by the Zionist media such as Hollywood. An estimate of the the average number of movies seen by 50 year old people in theaters, cable, TV broadcasting and downloaded now amount to a minimum of 500 movies. Those Jewish films virtually reach every segment of society and affect the attitudes on a myriad of issues such as immigration. Jewish Hollywood portrays supporting immigration as something that will bring peace and love to our communities and countries. It doesn’t.

It has brought disaster to the UK the United States and the EU and is the greatest human rights crime in all history: the attempt to destroy the European people and Western Civilization! Ironically this Conservative MP that supported immigration supported a destructive policy that resulted in his own death and his wife husbandless and his children fatherless.  He probably thought he was being kind and generous by supporting immigration, but in the end was he kind to himself, his wife and his children?  This MP didn’t commit suicide. He thought he was supporting a panacea but he was drinking poison.  Dr. Duke and Mark Collett lost connection during the show, but (alert) they will join each other on the Monday David Duke Program to go into the matter thoroughly and add fascinating aspects of this case and growing violence agains White people across the entire Western World. Here also is a link of Mark’s latest video at Odysee with a recording of an interview he did with a leading publication that exposes their deceptions. It is very powerful.