Today Dr. Duke and Dr. Slattery discussed lesser-known aspects of the so-called Civil War, World War I, and World War II. There was a massive Jewish role in sparking both World Wars, and there is a Jewish disinformation campaign regarding the Civil War. After the Civil War, the two sides buried the hatchet and honored each other’s heroes. Today, the Zionist extremists have dug up the hatchet and are attacking the South in particular but ultimately traditional white America in support of the rightful owners of this country: transgender multicultural immigrants! 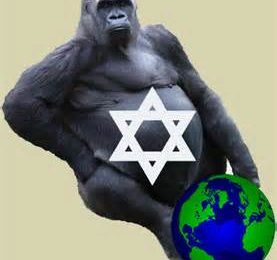 They also related this history to events of today, discussing the Jewish motivation not just for war and mayhem in Syria, but also the increasing tensions in the Far East. Dr. Slattery pointed out that Jewish writers have been at the forefront of rattling sabres against China and South Korea, and noted that seeing as the Zionist objective is world domination many Jewish elites see East Asians as their next big rival once whites are finally subjugated.