Today Dr. Duke responded to the flood of news stories sympathetic to Israel due to the “wave of terroristic attacks” unleashed on that country in the wake of the embassy decision by listing a long string of Israeli actions taken in support of ISIS, which led to war an suffering in Syria that would be unimaginable in Israel. (And remember, these Jews have a pretty vivid imagination when it comes to suffering.) 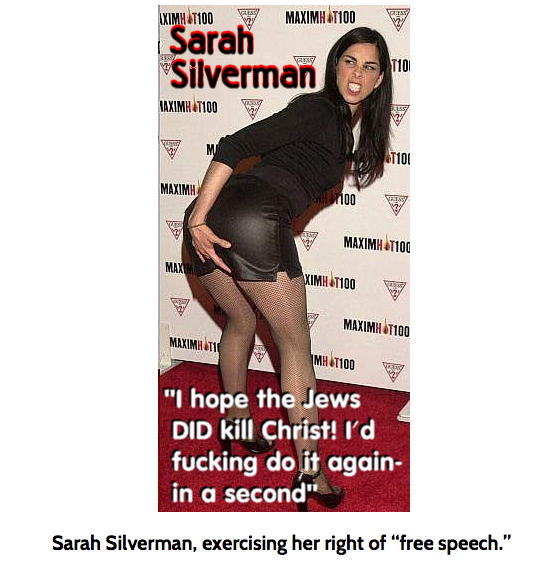 Then he and Andrew Hitchcock of Great Britain discussed the peculiar Jewish psychology behind Sarah Silverman’s paranoid reaction to an old boyfriend flying an American flag in front of his house. Mr. Hitchcock also read a very revealing quote from the “Kalergi Plan.”

Previous Post Duke & Collett – The goy President knows!– In brilliant move, Trump strikes back at Jewish power elite out to destroy him!

Next Post Dr. Duke Says Vote for Moore & Your Children’s Future! Expose the Hypocrisy of the J News & Entertainment Media!