The Jewish Supremacist “American Israel Political Action Committee” (AIPAC) has launched an all-out push to persuade US Congressman to vote in favor of war against Syria, as part of the decision by the Jewish lobby to openly align themselves with the pro-war faction. 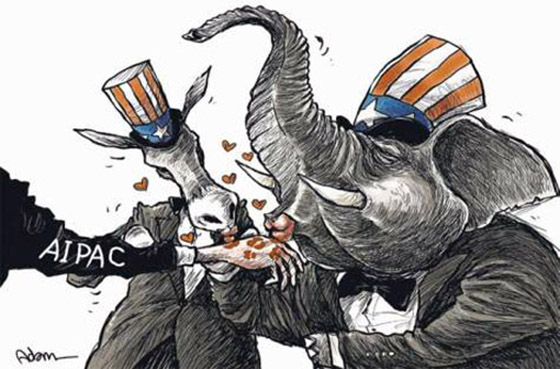 According to a new article in the Jewish Forward news source, AIPAC has “plans to dispatch more than 250 leaders and activists to lobby Congress starting early next week.

“The hawkish group decided to double down on its support because it sees any sign of U.S. weakness as an invitation to aggression by other enemies of Israel, like Hezbollah and especially Iran.

““History tells us that ambiguity [in U.S. actions] invites aggression,” an AIPAC source who asked not to be named was quoted as saying.

“The source added the group will now be engaged in a “major mobilization” over the issue.

The activists plan to visit hundreds of lawmakers from both parties as Obama mounts an uphill struggle to convince Congress to give him the green light to attck Syria.

AIPAC joined a broad coalition of Jewish groups, including the Anti-Defamation League and scores of prominent rabbis, in pushing for the Syria measure.

According to another report in the Politico news source, the “top two Senate GOP leaders — Minority Leader Mitch McConnell of Kentucky and Minority Whip John Cornyn of Texas — both have already been urged by top Jewish donors and AIPAC allies to back the Syria resolution, sources say.

“Unlike their House GOP counterparts who endorsed the measure, McConnell and Cornyn have withheld their support.