Today Dr. Duke had an Iranian born person of Jewish ancestry, Paymon Mottahdeh, as his guest. Mr. Mottahdeh described the Jewish origin of the “divide and conquer” strategy, even while it was being associated with the British Empire. He pointed out that Israel is the only country in the world that refuses to declare its own borders, thus allowing it to continually grab “disputed” land from its neighbors. 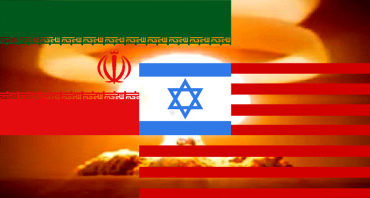 He and Dr. Duke discussed the ability of Jews to dominate the banking systems of countries that do not even have significant Jewish populations or Jewish ownership of banks. Dr. Slattery noted that when Jewish bankers make waves, the rest of the world has to surf or be wiped out.

It is always valuable to have an honest Jew explain the internal workings of the Jewish group mind. Please share this show widely.

Previous Post Trump speaks Zio to UN, but what really counts is what he DIDN’T say