Today Dr. Duke explained the real situation in Syria and Iraq, where the spread of ISIS is being resisted only by the Syrian government and Hezbollah, with help from Iran, while the United States and its so-called anti-ISIS alliance is actually on the same side as ISIS! For years America has been trying to undermine and destroy the real anti-ISIS forces, while its “allies” like Turkey and Jordan have allowed the free flow of foreign fighters into Syria to join ISIS, which is really a foreign invasion. And no country benefits more from the ISIS crisis than Israel. 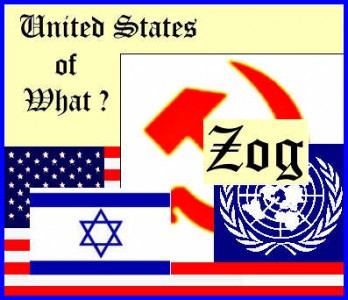 Then he and Dr. Slattery talked about how so many people on the so-called left have been brain washed into a kind of self-hate, and that even if they never develop any kind of nationalist identity, if they could just learn to want the same things for Europeans that they say they want for everyone else, they would have to rise up in defense of Europeans. Finally, they discussed the new article by Adrian Salbuchi on the Zionist drive to subjugate his country of Argentina.

This was yet another fascinating and inspiring show that needs to be spread far and wide.