By Dr. Patrick Slattery — Jeffrey Goldberg of the Atlantic Magazine (and formerly a prison guard for the Israeli Military) in a recent article is warning us against new Iranian President Hassan Rohani, who he claims is “attempting to charm the pants off the United Nations, President Barack Obama, world Jewry and Charlie Rose.” What would Rohani’s motivation be for ingratiating himself with “world Jewry” and its flunkies? According to Goldberg, “Rohani hopes to convince the world that Iran’s nuclear intentions are peaceful and that his country is a rational, thoughtful player on the global stage and, therefore, please give us access once again to the international banking system.” As if Zionists had anything to do with the international banking system! Just forget about Goldman Sachs, The FED, the World Bank and the IMF. 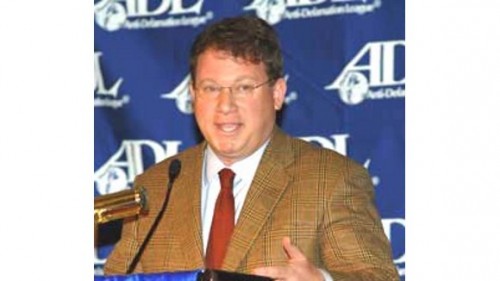 Goldberg gives five reasons why the U.S. should continue the sanctions on Iran that “are doing real economic damage.” Four of the reason’s are Iran’s nuclear program, which unlike Israel’s is both open to inspection by the International Atomic Energy Agency and has not produced any nuclear weapons. The fifth reason is that Rohani is not forthcoming enough about the Holocaust. It seems bizarre that embracing the Jewish narrative of the Holocaust should be a condition for lifting economic sanctions or pursuing a nuclear energy program, but that is the world we live in. Actually, a re-examination of the Holocaust narrative is much more dangerous to Jewish supremacism than Iran’s nuclear program. Whatever the ultimate truth about the Holocaust, certainly free speech must allow any academic or any other person for that matter, the right to any opinion he chooses about any subject, much less, a long past historical event.

This is because even if Iran developed nuclear weapons it would be suicidal to use them, and Iran’s leaders know it. Besides, Israel can turn Iranian nuclear power plants into Fukushimas any time they want. “There’s no question that the reactor and its heavy water are more vulnerable targets than the enrichment plants,” according to Jewish arms control “expert” Gary Samore.

Any re-examination of the Holocaust narrative, on the other hand, would be hugely damaging to Jewish power, which relies on white guilt in order to psychologically dominate and demoralize people of European descent. And its not the number of victims or whether or not there were gas chambers that is the key issue. What the narrative depends on is the myth that Jews were innocent victims of an age-old irrational and inborn hatred on the part of Europeans. While Dr. David Duke’s new book “the Secret Behind Communism” does not directly deal with the Holocaust, to read it is to understand that fear and resentment of organized Jewry on the part of Europeans in the first half of the 20th Century was at least based on recent genocidal tragedies inflicted on European’s by Jewish Bolsheviks and not irrational inborn hatred.

All harm to innocents is criminally immoral and wrong, whether it be Eastern European Christians or Jews.

To add credibility to his assertions about Iran’s bad intentions, Goldberg quotes Jewish Iran “expert” Reuel Marc Gerecht, formerly with the Project for the New American Century (where the Bush Administration Neocons plotted the Iraq War) as well as the above mentioned Gary Samore.

Let me sum it up. The Israeli prison guard Jeffrey Goldberg writes in the Jewish-owned Bloomberg News and quotes only Jewish “experts” on what a threat Iran is. There are no non-kosher ingredients in this article. He himself describes “world Jewry” as a cohesive entity that the Iranian president wants to charm in order to lift the sanctions and gain access to international banking. Of course his article has no disclosure about the tribal affiliation of the author, the publisher, nor the expert sources. The photo above shows him speaking before the Anti-Defamation League, which strives to repress gentile knowledge of the extent to which tribalist Jews dominate our society through ethnic favoritism: from bankers, writers and publishers and “experts” to the moguls of media and political influence.

Moreover, Goldberg is someone who attacks anyone who uses the term “Israel firsters” to describe Zionist warmongers, yet he himself swore loyalty to the Israeli military when he volunteered to join it. It is beyond belief that Goldberg and countless other Jews like him can maintain such high-profile careers consisting of little more than pursuing Jewish tribal interests without any worry of being called out on it by the other 98% of our population. Worse than that, few people can even perceive that it is happening. If the Jews were as easily identifiable as, say, Chinese, we would realize how thoroughly we are under the Jewish-extremist yoke and would through it off in an instant. And there lies the ray of hope. Jewish supremacist power is completely dependent on gentile ignorance, and we now have in the internet the means of our own enlightenment.

Previous Post “Once Again, Shockingly, Dr. David Duke is Ahead of the Curve” — Times