The wall-to-wall Jewish Supremacist controlled mass media coverage given to the awful story of the three murdered Israeli teens has deliberately ignored the equally appalling and shocking mass murder of Palestinian youths by the Zionist state.

Firstly, we at DavidDuke.com must emphasize that we condemn all murders and all acts of violence. There is no place in any civilized society for such barbaric behavior.

The mass media coverage of the three murdered Israeli teens has portrayed that terrible act as something which justifies increased Israeli attacks upon the Palestinians. Already, dozens of air strikes have taken place against Palestinian settlements in Gaza, and further military action is bound to follow. 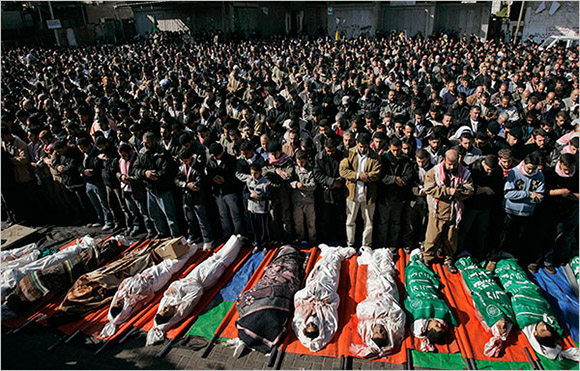 Above: A funeral for Palestinian children, killed by the Zionist State’s airforce. You will not see these funerals on your Zio-controlled TV news.

All of this is slavishly reported upon by the Jewish Supremacist controlled mass media in a way which makes out that the murders were some sort of vicious unprovoked attack. Indeed, the very rationale being used to justify the Israeli “military response” is one of revenge for the murders. Benjamin Netanyahu has announced that the Palestinians will “pay” for the murders.

The controlled mass media has deliberately ignored the background to the latest incident. It is a background, which using the Zionist Supremacist “revenge” logic, is part of a spiral of violence which was initiated by the Zionists themselves. 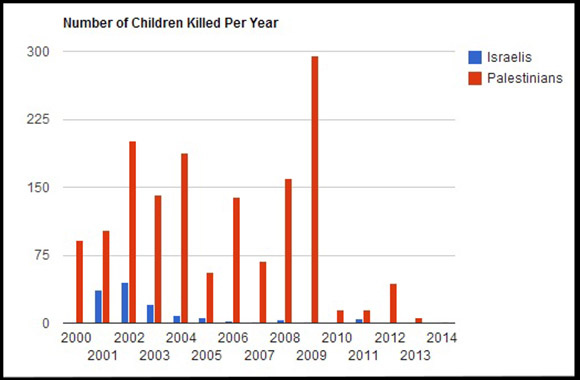 For example, official records, collected and collated by the Remember these Children website (run by the American Educational Trust, a non-profit foundation incorporated in Washington, DC in 1982 by retired U.S. foreign service officers) shows that since September 2000, some 1,523 Palestinian children have been killed by Israelis. In the same period, some 129 Israeli children have been killed in the conflict—a ratio of more than 10 to 1.

According to the IfAmericansKnew.org website, the Remember these Children figures do not include the estimated 318 Palestinian children killed during Israel’s Dec 27, 2008– Jan 18, 2009 “Operation Cast Lead” assault on Gaza.

There is however no blanket media coverage of the murders and funerals of these thousands of Palestinian children killed by Jews, unlike the three Israeli teens whose pictures the whole world has by now seen. 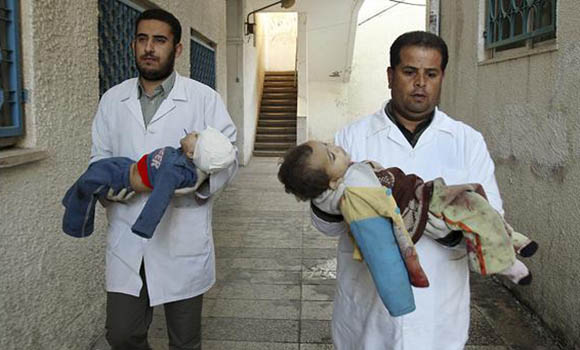 You won’t see these kids on your Zio-controlled TV: Palestinian doctors carry the bodies of children killed by an Israeli tank shell, to the morgue at Shifa hospital in Gaza.

Furthermore, as reprehensible as the murders of the three Israeli teens were, they were killed by an as of yet unidentified individual thug or thugs with a knife.

Contrast this to the thousands of Palestinian children who have been killed by the weapons of the Zionist state—air strikes, shelling, random fire from Israeli soldiers and so on.

In other words, the three Israeli teens so recently murdered were killed by one or two individuals—but Israel has killed thousands in official state-sponsored terrorist attacks against the entire Palestinian people.

According to Catherine Cook, author of the “Palestinian Children and the Second Intifada” (Media Monitors Network, January 27, 2004), the “majority of these [Palestinian] children were killed and injured while going about normal daily activities, such as going to school, playing, shopping, or simply being in their homes. Sixty-four percent of children killed during the first six months of 2003 died as a result of Israeli air and ground attacks, or from indiscriminate fire from Israeli soldiers.” 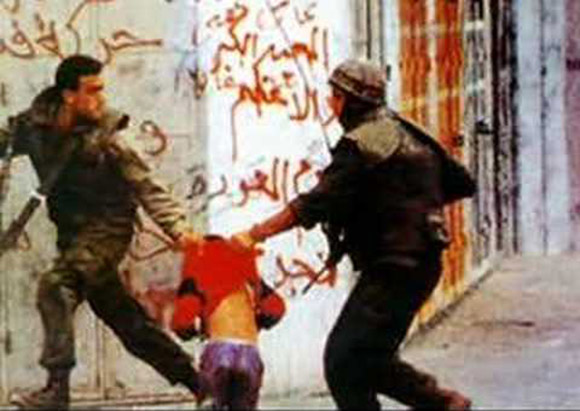 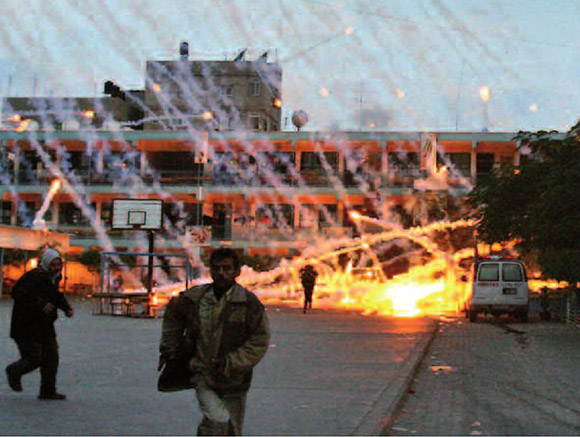 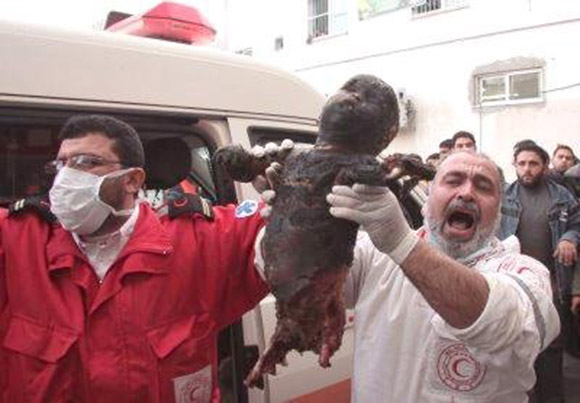 The murderous Zionist activities make a mockery of their new demands for “revenge”—because if “revenge” is a proper justification for murder, then, using the Zionists’ own logic, the Palestinians are “even more justified” in carrying out revenge attacks—this according to the Jewish Supremacist logic. (Of course DavidDuke.com is not in any way endorsing any revenge attacks in saying this—we are merely pointing out the fallacy of the Jewish Supremacist logic in this regard).

The blame for these awful events is however, to be laid squarely at the door of the Jewish Supremacists. They are the ones who have ethnically cleansed, bombed, detained, tortured and terrorized the entire Palestinian population.

And now, through their control of the West’s mass media, they hypocritically portray the tragic deaths of three teens as some new assault upon Jews—when in fact the Jewish state is the biggest terrorist mass murderer of children on the planet. 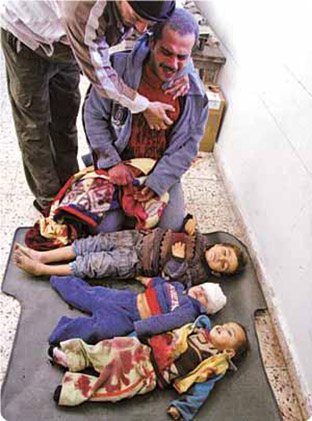 Above: Nameless victims of the Zio-terror you won’t hear about in your Jewish Supremacist controlled media.