Today Dr. Duke had British author and activist Mark Collett as his guest for the hour. They talked about the prominent role being played in the Trump administration by first son-in-law Jared Kushner, who is being put “in charge” of everything from reinventing the government to bringing peace to the Middle East. Dr. Duke points out that Kushner, who is an orthodox Jew, has a close association with the Chabad Lubavich movement, which embraces a theology that elevates Jews to divine status while denegrating the goyim as beasts. 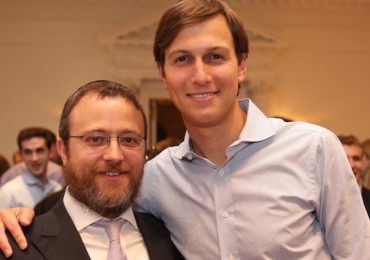 Kushner’s family has given large sums of money to Chabad Lubavich, and has been very active in its events. They also discussed the bombing incident in St. Petersburg, which is more evidence of the cultural enrichment white countries are benefiting from, among other benefits of vibrant multiculturalism.

Previous Post Pat Buchanan asks “Is Putin the ‘Preeminent Statesman’ of Our Times?”