Whites Face Discrimination in Universities Far More From Jews than From Blacks!

Today Dr. Duke and Dr. Slattery discussed the three-pronged effort to ethnically cleanse non-Jewish whites from America’s elite educational institutions. Prong one: quota-based admissions for blacks and Hispanics, whose academic performance would not otherwise allow for their acceptance in significant numbers. Prong two: merit-based admissions for Asians, allowing their numbers to exceed their share of the population. Prong three: nepotistic admissions for Jews, who are exempted from any expectations of having to abide by the civil rights laws they imposed on whites 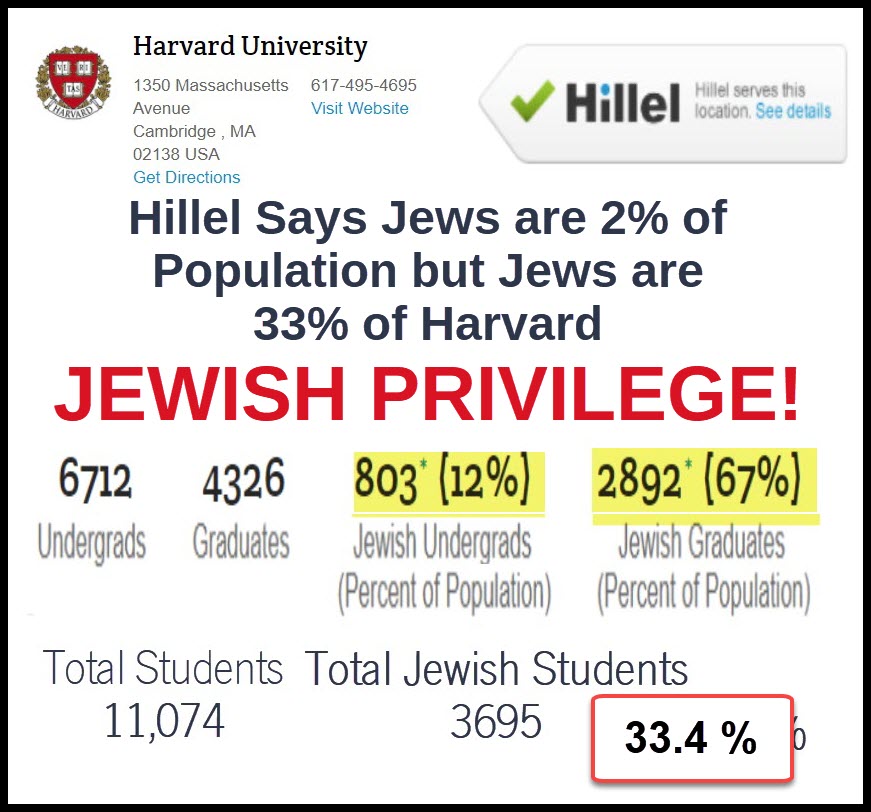 If there were just a single standard that was used for all groups, whites would be fine, but because all non-whites are admitted according to the standard that gives them greatest advantage and whites are left with the crums of what remains, whites are becoming an endangered species on elite campuses. What’s more, those who do get admitted are likely to be accepted because they have indicated on their essays that they are gay or social justice warriors.