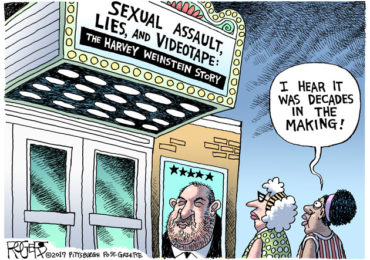 It is clear from Weinstein’s body of work, which includes the likes of Django Unchained, the Hateful Eight, and Inglorious Basterds, that Weinstein was dedicated to destroying the white race through incitement of hatred and violence against them and by decimating their morale and their morals. This puts him in the same category as Jewish pornographers like Al Goldstein, the publisher of Screw, who said ‘The only reason that Jews are in pornography is that we think that Christ sucks. Catholicism sucks.” Don Advo also provided fascinating commentary.