The Republican Party victory at the US mid-term elections has significantly strengthened the hand of Benjamin Netanyahu, the Likud Party, and Zio-fanatic hardliners, over that of the “leftist Zionist” Israeli Labor Party fanatics—a shift from extremist Zionists to even more extremists Zionists controlling Congress. 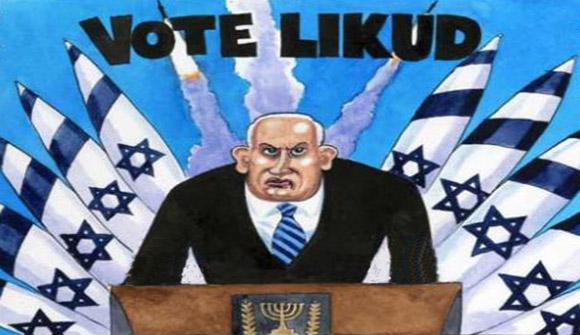 As predicted by the well-known Jewish Supremacist commentator and “expert in American-Israeli affairs,” retired ambassador Yoram Ettinger, in the Israel National News service on election day (“Bipartisan Support, But Israel’s Likely Rooting for Republicans”), a Republican party sweep is in the Israeli right wing’s interests. 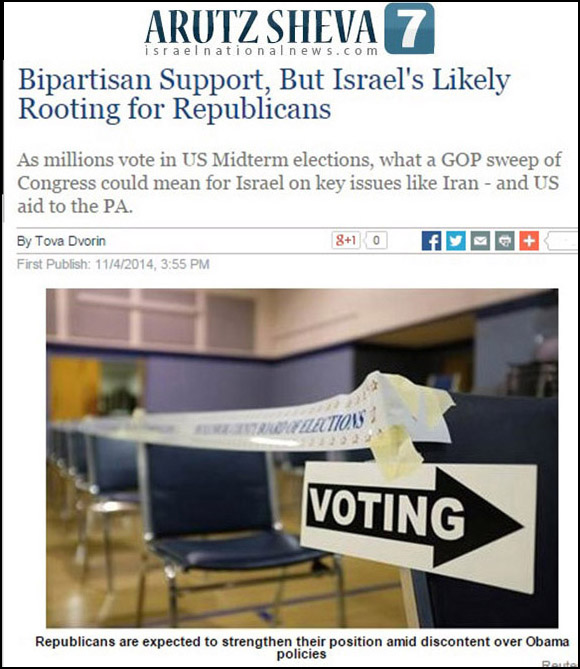 After the results became known, Ettinger’s prediction was confirmed and expanded upon in the Israeli National News Service by Jewish Supremacist professor Eytan Gilboa, another “expert on American-Israeli relations,” at the Begin-Sadat Center for Strategic Studies in Ramat Gan, Israel.

According to professor Gilboa (“What Do US Election Results Mean for US-Israel Relations?”) the Republican win means that “three major issues Israel is concerned about,” will be significantly impacted by this change in US legislative control. 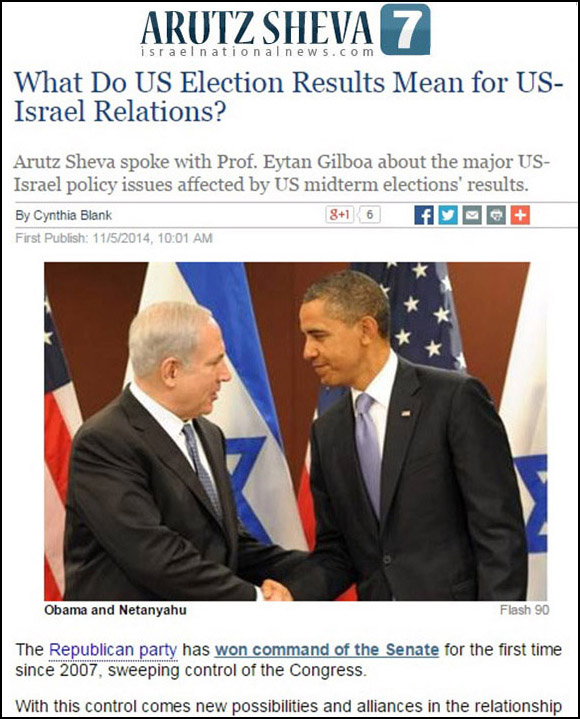 These three issues are the “war with Islamic State (ISIS),” the “negotiations” over Iran’s mythical atom bomb, and “peace negotiations” with the Palestinian Authority—all of which will see shifts in favor of Benjamin Netanyahu’s Likud Party’s policy, and away from the (Israeli) Labor Party’s “liberal” (but equally fanatically Zionist) policy, as currently endorsed by the Democratic Party.

Although the United States has been launching airstrikes against the terrorist group in Syria and Iraq, many Republicans feel the Obama administration’s foreign policy is not doing enough against what many constituents view as a “serious threat.”

With the Republican victory an increase in military spending and a comprehensive debate over policy toward the Islamic State seems likely.

Furthermore, he said, the “second and “most important” issue for Israel is the Iranian nuclear deal, to which Israeli Prime Minister Binyamin Netanyahu’s government is strongly opposed.

“The United States is close to a deal with Iran and the President says he is not deterred to get the approval of Congress” to rescind sanctions against Iran in a final agreement deal.

However, because “both Democrats and Republicans have been opposing [this agreement],” Gilboa stressed that Obama could very well try to “circumvent Congress, because he is unsure he can win there.

The third issue—the possible resumption of “peace negotiations” with the Palestinian Authority (PA) will also be affected.

Obama has up until this point held significant leverage against Israel, but “if he were to begin pressuring Israel [into negotiations] again, Israel may very well turn to and ask for help from members of Congress.

Significantly, Gilboa concluded that Obama “must be more careful in pressuring Israel,” particularly in his new position as a “lame duck,” but as he said, “stressed that Israeli foreign policy must avoid jeopardizing bipartisan support.

Israel must be careful not to use the Republicans in Congress against the Democratic President too much, for fear of alienating Democrats,” he concluded.

* An indication of the extreme hypocrisy of Jewish Supremacists in America was demonstrated once again in the Jewish voting turnout at the elections. Jewish support for Democrats over Republicans in congressional elections broke two to one, consistent with recent elections, and Jewish voters remained substantially more supportive of President Obama than the general population, polls showed.

In other words, Jews in America overwhelmingly support more “liberal” policies for that country—but all their organizations and lobby groups also support Israel, which implements diametrically opposed policies for the Jews-only state.

It is the old rule: one law for Jewish tribalists, and another law for the Goyim.

Next Post Hear Dr. David Duke on the Mid-Term US Elections