Dr. Duke had an amazing show in which he really got to the crux of Jewish supremacist control over us and the potential for that control to become even greater if we do not act now. He quoted Jewish film critic Neal Gabler, who wrote in his book “An Empire of Their Own” that Jewish immigrants from Russia replaced America’s image of itself with a very different one made in Hollywood. Then, going deeply into science and technology, he explained that advances in genetics is making biological weapons that target people with genes specific to a given ethnic group possible. He read from a Sunday Times article that shows that the Israelis have been researching such weapons since the 1990s. 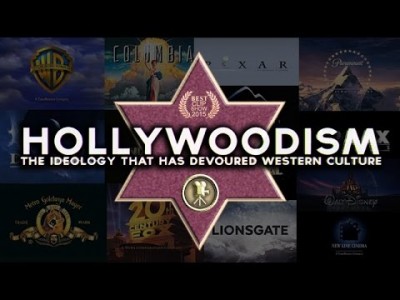 He and Dr. Slattery then discussed the massive amounts of information that Jewish and Israeli owned companies are collecting on people around the world via telecommunications and credit card billing companies, medical records firms, and even internet services that solicit people to send in their DNA for ethnic heritage analysis. Dr. Duke emphasized that now is the time to act, while we have the tools of the internet but before the Big Brother potential future becomes a present nightmare.

This show is like an alarm clock. Wake up your friend with it.