Dr. Duke broke down last night’s Republican presidential candidates debate, which Fox News used as a vehicle to lynch Donald Trump. He offered this as an example of Controlled Opposition that is in complete subervience to the Jewish supremacists who rule America, as illustrated by all the candidates’ vilification of Iran and support for Israel. 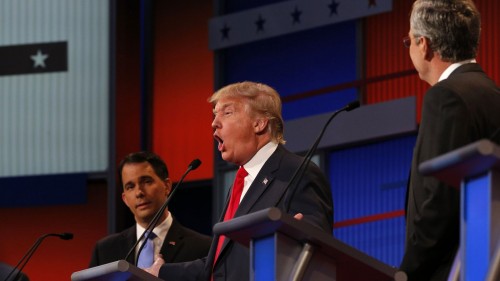 He and Dr. Slattery discussed how the abortion issue is exploited to divide Americans (particularly European Americans) as well as marginalize conservatives by getting them to support extreme positions with no hope of majority support. For instance, the candidates voiced their support for forcing rape victims to bear the offspring of their attackers, which is the ultimate in cuckoldry!

This is a powerful show that will give you insight into topics that will be part of everyone’s weekend conversations.