The Real anti-White Racist Supremacism & discrimination is pro-Jewish, not pro-Black!

Today Dr. Duke revealed additional data on the Jewish takeover of Harvard and the rest of the elite educational institutions in the United States. According to data from Harvard’s own Admissions Department, European Americans are being effectively ethnically cleansed from the school. The current Freshman class breaks down as follows: 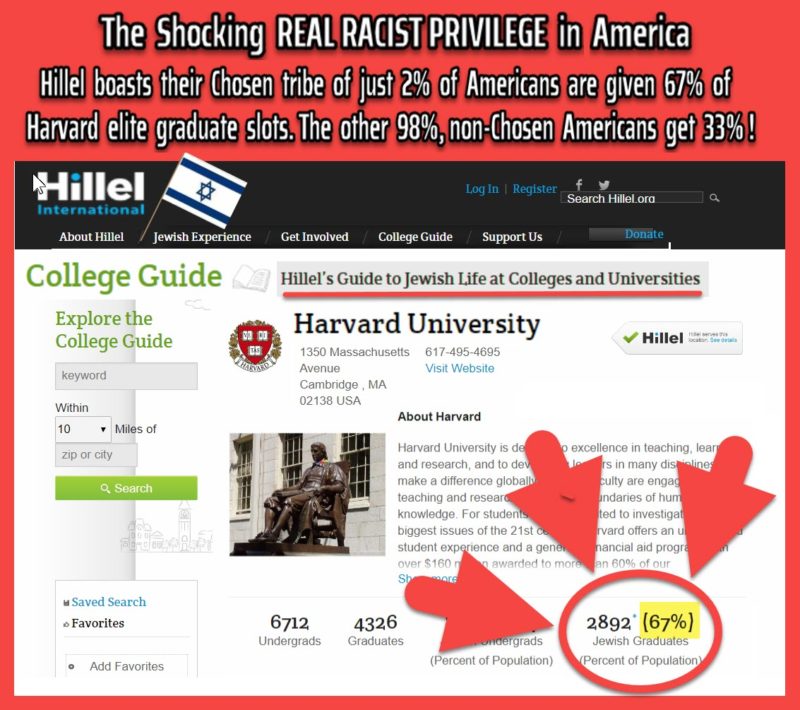 That would seem to leave 36.7% left for hu-whites, who make up over 60% of the population in America. But wait, Jews have for decades make up something like 25% of Harvard, so the European American share of the student body has probably fallen significantly from the 19% that we reported based on 2010 numbers. Add to that the likelihood that the 13% or so of Harvard students who self identify as gay may even be disproportionately white and you have a virtual ban on the traditional people of this country.