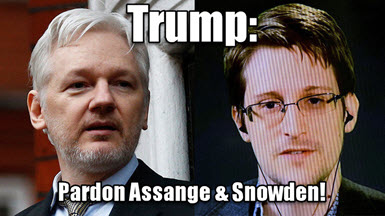 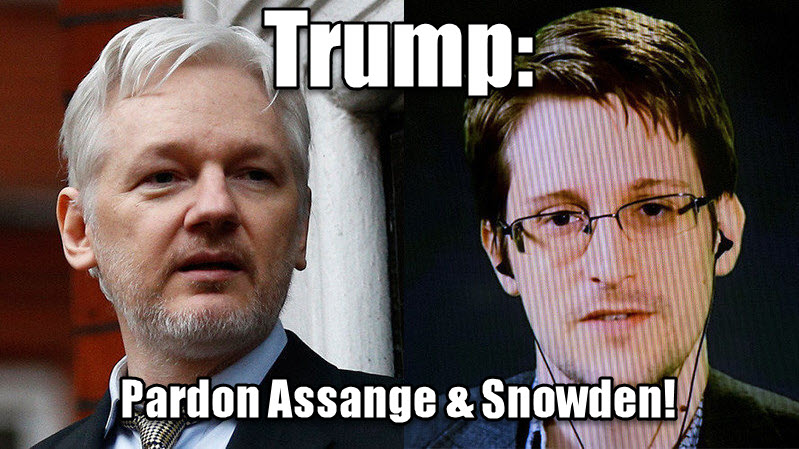 We urge President Trump to pardon Julian Assange and Edward Snowden, both men are heroes of free speech and human rights.

President Trump your whole campaign motivated many people because your efforts of corrupt Deep Swamp in Government and the insane wars such as in Iraq.

Julian Assange fought for the right for the people of all nations to know what their leaders were doing in actual policy compared to what they pronounced. He has suffered for years attempting to let people know the truth which every government official owes the citizenry. pardon him.

Edward Snowden should not only be pardoned but has shown incredible courage for freedom of speech, freedom from government spying on its citizens.

He should not only be pardoned, but you should give him the Presidential Medal of Freedom to both men.

You campaigned against the vile Deep State that unjustly tried to do a coup d’état against you. Now step up and defend the two men who have done more to expose the tyranny of the deep state than any other individuals.

Give a big up yours to the tyrants who have illegally and immorally violated your rights and that of all Americans.