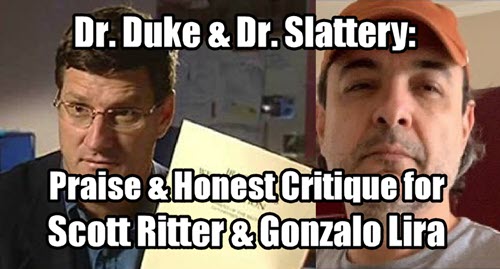 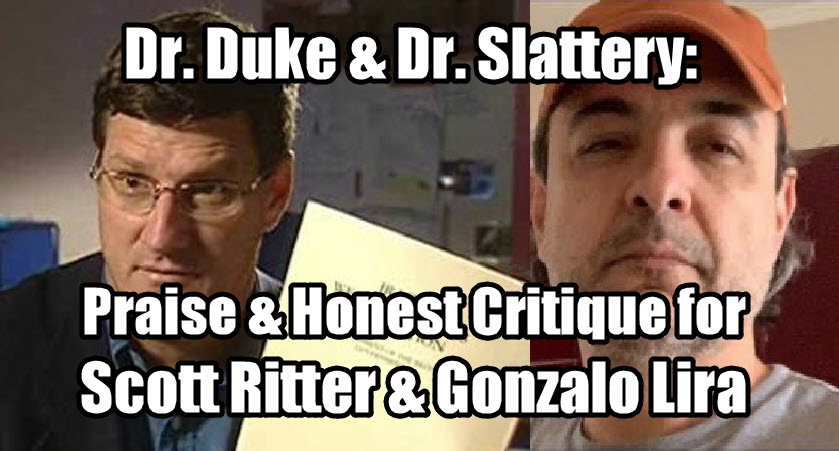 We love the work and the information provided by Gonzalo Lira and Scott Ritter – But at the same time time it is our duty to tell the rest of the story. Jewish Zionists run the State Department under Blnken, Nuland, and Sherman, Homeland Security Chief Mayorkas, the Justice Department under Garland ( Garfinkle) and most of the Security Council, are Zionist Jews.

Biden is similar to the sick Boris Yeltsin who sold out Russia to the 12 of 13 Jewish Criminal Oligarchs that Putin fought against when he became President of Russia. As Yeltsin had the Jew Chubais who sold out all of Russia to Jewish oligarchs, Biden has his chief of staff, super Zionist Jew Ron Klain. If Klain put a leaf on Biden’s desk he would sign it and ask for the next one.

The top Intelligence Boss in America is the Director of National Intelligence. Director, Jewish Zionist, Mossad Collaborator Avril Haines. All other intelligence agencies,CIA, FBI and and the rest, report to this Zionist extremist.

The same Jewish supremacy exists in the most powerful US and Global media, The New York Times owners, and  the bosses all of the biggest Media and Social Media Conglomerates!

This is the most racist racial supremacy in the history of the World. They are 1/5 of one percent of the population of  the Earth, yet 25 percent of the billionaires! And they are all devoted to the Jewish people, Israel and the Jewish Agenda. They are not on the “periphery,” they are the very core of the destruction of Western Civilization, the European People and the creation of the Globalist Tyranny eradicating human rights worldwide!

Their influence is why we suffered the Second World War, the Iraq War and why we suffer the War in Ukraine right now. Ukrainians and Russians are being killed because of Jewish hatred against Russia and their pursuit to destroy their traditional ethnic enemy: The Russian People. They already rule and work fo the destruction of the European people in America and they EU, only Russia and China stand in their path of total World Jewish Denomination. This is no “conspiracy theory”  it it is conspiracy fact. As factual as the fact that Goldman Sachs recently was convicted of a 3.6 Billion dollar criminal conspiracy of Malaysia!

But none of Goldman Sachs Jews will spend a day in Jail, nor will you likely even know about about this biggest criminal financial conspiracy in the history of the World. Why is it not front page news? Cause who do you think controls the major broadcast and print media of most of the planet?  Wake up! Enjoy this powerful show today! 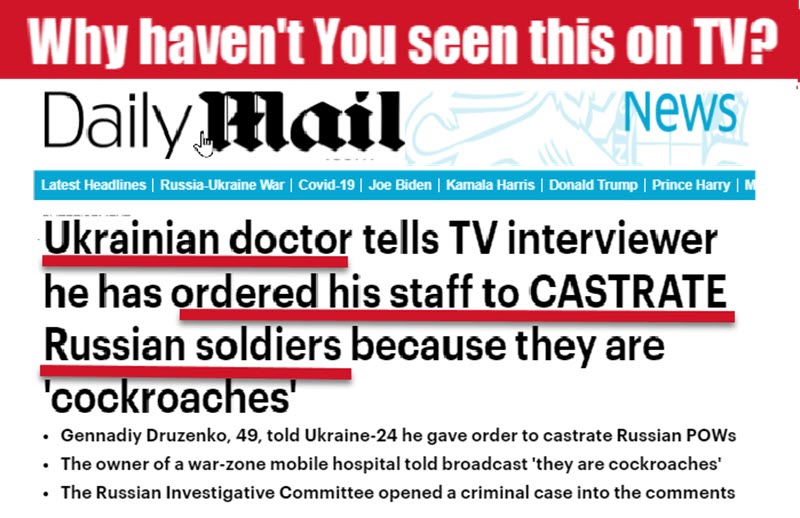 April 11 – Mon – Dr Duke & Dr Slattery – Who Really Started the War in Ukraine? Proof it is the Jewish-Controlled Global Golem of the USA! USA!

The Same Jewish Controlled Golem that is destroying the European Population of Europe & America! Imagine if  National Russian TV Boasted of ordering doctors to castrate helpless and wounded Ukrainian soldiers! Answer:the biggest story in the World  by the Jewish Global Media!

Previous Post Dr Duke & Dr Slattery – Who Really Started the War in Ukraine? Proof it is the Jewish-Controlled Global Golem of the USA! USA!

Next Post Duke & Slattery – Ukraine, the US, the Global Media and Social Media is NOT led by “Nazis!” It is ruled by Jewish Supremacy!