By Dr. Patrick Slattery — Our Jewish Secretary of State John Kerry (Kohn) appointed as his Assistant Secretary of State for European Affairs Jewish Neocon Victoria Nuland (Nudelman). Nuland spend the better part of her tenure so far shuttling back and forth to Ukraine in order to overthrow the modertaly pro-Russian president and install someone more condusive to Jewish supremacist interests. Is it any surprise that Nuland’s choice, as she voiced in her famous F*** the EU phone conversation, was fellow Jewish tribalist Arseniy Yatsenyuk (seen below), who is the Prime Minister of the government that emerged from the coup. 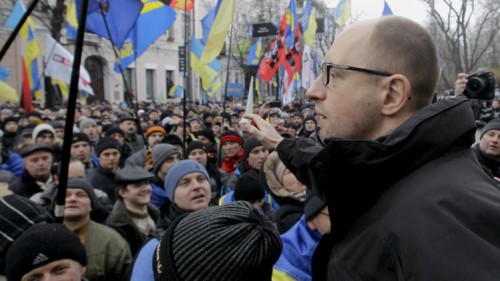 Now Yatsenyuk’s government is extending the Zio-nepotism by appointing as Dnepropetrovsk governor a Jewish oligarch by the name of Igor Kolomoysky, who has Israeli citizenship.

How ironic is it that so much of the muscle for the violent overthrow of the old government came from movements that are openly hostile to Jews, yet their actions are only strengthening the Jewish grip on the country. This is the power of divide and counquer. 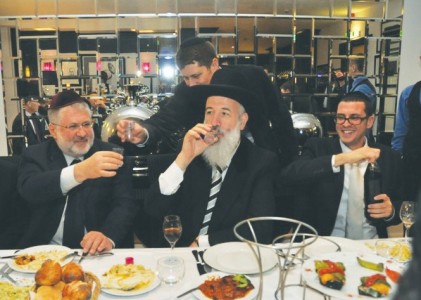 Here Kolomoysky is seen on the left, raising a vodka toast with Israeli Chief Rabbi Yona Metzger at the Berlin’s Chabad center during a conference of the European Council of Jewish Communities.

Next Post Judaism is a Nationality, Not “Solely a Religion” says Leading Jewish Academic