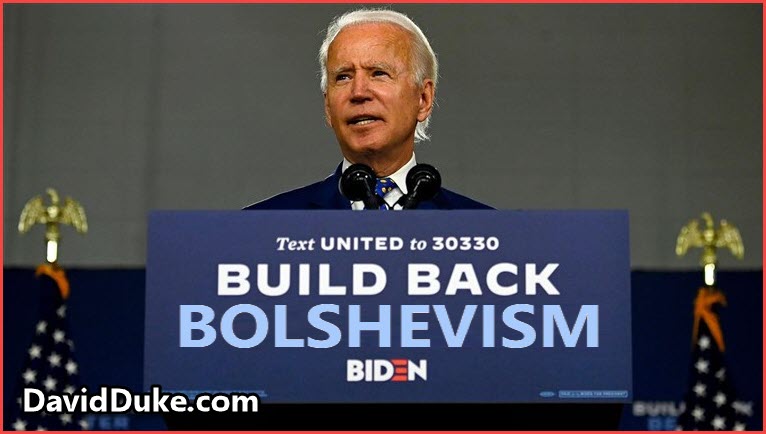 I have always considered myself a friend of Richard Spencer, but his statement that he “would vote for Biden and the straight Democratic Ticket” is completely bonkers. The Democrats are totally controlled by Zionists. I know, I know that Trump has been very supportive of Israel and its crimes against Palestinians, and that he never said a word to defend America from Israeli terrorism against America in the Lavon Affair and the Israeli attack on the U.S. Liberty. But, unlike the Biden and the Republican Neocons, Trump did oppose the NeoCon Zionist War in Iraq.

There is no doubt that the elite Jewish money, banking and political Deep Swamp are all in to support Biden and Kamala (two of the most shameless philo-Semites on the planet). Although some of his moves supported Israel, They ZioCons would much preferred him going to all-out war against Syria and Iran.

The reason they hate him is because he dares to publicly and vociferously oppose mass immigration. He dares to truly defend American workers and American interests. He also dares to criticize BLM and the Communist terrorists of Antifa.

But for all his shortcomings and disappointments, Trump is NOT the same  as Biden, who will be a modern version of the alcoholic Russian Zio Tool Boris Yeltsin. And, it will be in short order that the ultra Zionist racist Kamala Harris will be President.

Biden and the Zionists who will provide the lion share of Biden’s campaign money and media bias, have publicly promised to shut down free speech in America, gag and criminalize any White person who simply dares to tell the truth that the real systemic racist discrimination in America is against Whites, not for Whites.

The real hate speech in America is the mainstream media lies that Whites are killing and brutalizing Blacks in America.  According the U.S. Justice Department data for 2018, Blacks (less than 13 percent of the population) committed 548,000 violent criminal acts against White people. The Data shows that even though Whites are over 60 percent of the population, Whites committed only 59,000 violent acts against Blacks!

That means that in America a Black is over 40 times more likely to assault, rape or murder a White person, than a White person is likely to hurt a Black person. But, every day the media is crammed with vile hate propaganda lies against White people. 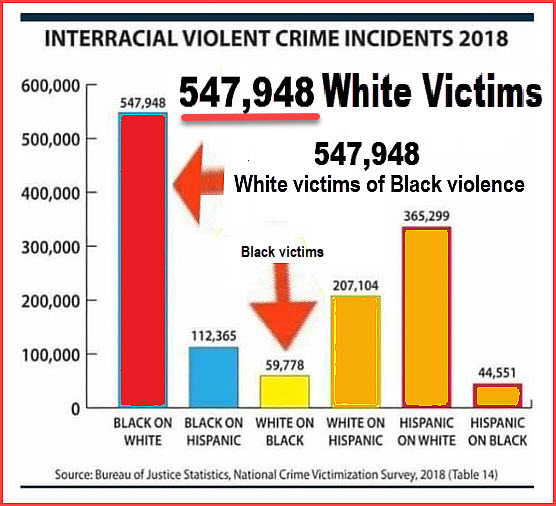 Only Trump dares to say a word about this mass hate and violence against police and against the innocent.

Trump disappoints us, absolutely, but there is no doubt that true enemy of our people and truly all people who believe in real human rights  —  is that the Ziomedia and establishment are going all out to destroy trump and take over the Congress and the Presidency.

During my last days researching and learning from Aleksandr Solzhenitsyn in Russia, I talked with many who survived the communist mass murders in that forlorn nation. They all told me that their greatest regret was not doing more in 1917 and 1918 to stop the Bolsheviks. They told me they simply couldn’t conceive of the evil that they and their countrymen later would suffer from the Bolsheviks.

I believe America faces the same grim reality in 2020 and 2021. Letting the Bolsheviks brazenly take over the government of the United States would be a massive crime against us and all of humanity.

I consider it treason to America and to every American to vote for Joe Biden and the Democratic Party.

I beseech you to do everything you legally can to prevent this looming catastrophe.

And i urge Richard Spencer and everyone to reconsider any thought of staying on the sidelines in this epic existential election. We know that the Zionist Elites in Banking, Media and Government want Biden to win this election and takeover the Congress.

To align himself  with with the greatest enemies our people on this issue would be the gravest error of your life.