In a major breakthrough in the worldwide struggle against Zionist extremism, the largest Presbyterian church in the United States, the PC(USA), has issued a formal statement calling Zionism “Jewish Supremacism” — a term first coined and made popular by Dr. David Duke. 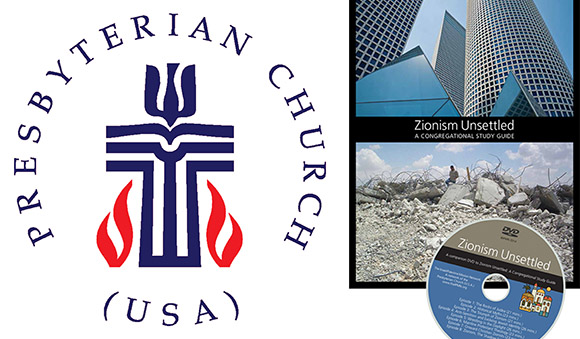 The astonishing statement is contained in a newly-released study guide for congregations of the 2.4 million strong church called “Zionism Unsettled” which is, according to its official press release, “aimed bring about an end to the silence surrounding the impact of Zionism and to encourage open discussions on the topic in church and society.”

According to Rev. Clifton Kirkpatrick, visiting professor of ecumenical studies and global ministries at Louisville Presbyterian Theological Seminary and former General Assembly stated clerk of the PC(USA), who endorsed the document, there is a “need for a deeper understanding of Zionism. Zionism Unsettled provides a valuable opportunity to explore the political ideology of Zionism. Our congregations need to understand not only the humanitarian crisis or the specific policies involved in the Israeli-Palestinian conflict but also to examine the basic framework that lies behind these policies and crises.”

Issued by the Israel Palestine Mission Network of Presbyterian Church (USA), the publication states that the problem stems “Zionism [which is] destroying both indigenous Palestinian lives and rich Jewish communities across the globe in a supremacist misinterpretation of God’s word . . .

“Moreover, the American Jewish community actively stifles dissent against the Zionist narrative, taking advantage of the ‘ignorance and passivity of many liberal American Jews.’”

The guide was released ahead of the church’s biennial General Assembly, taking place this June in Detroit. The gathering will once again consider recommendations that it divest from companies that deal with Israel’s military. Similar resolutions have been narrowly defeated in the past.

In July 2012, the Presbyterian Church (USA) narrowly rejected a proposal to divest from three companies that do business with Israel. The motion, which targeted Caterpillar Inc., Hewlett-Packard Co. and Motorola, was defeated by the very slim margin of 333-331, with two abstentions.

It blames the expulsion of Jews from Arab lands as “blowback” from the “perceived injustice of the enforced partition of Palestine, the creation of a Jewish state, the ethnic cleansing of Palestinians in 1947-48, and the Sinai War of 1956.”

It accuses Israel of intentionally depopulating Palestinian villages in 1948, a process that continues to this day.
“Now, 65 years later, the Zionist quest for demographic control of the land in still underway – not only in the occupied territories, but within Israel itself. State planners pursue the goal of ensuring a ‘contiguous Jewish presence’ in every area within Israel.”
Morever, the book argues, Israel is entirely uninterested in peace, and does not negotiate in good faith. “It is hard to find any evidence,” the authors write, “that recent Israeli governments have any intention of negotiating a just peace with Palestinians.”

“Zionism Unsettled” is not only an attack on Israel and its Jewish supporters. It criticizes the Catholic Church’s landmark 1965 Nostra Aetate, which opened the door for a new relationship between Jews and Catholics, saying that the declaration “raises as many questions as it answers.”

Previous Post Has AIPAC been Defeated over Iran Sanctions?