The current carnage in Gaza—where the Jews-only state claims it is fighting “terrorists”—is only the latest example of the never-ending Lies of Zion which have caused so much bloodshed and misery in the Middle East—and indeed across the world.

Almost simultaneously with the invasion of Gaza has come the news that the largest Jewish Lobby in the US, the American-Israel Political Action Committee  (AIPAC) has announced its “deep disappointment” with the news that talks with Iran over its nuclear program have been extended by four months. 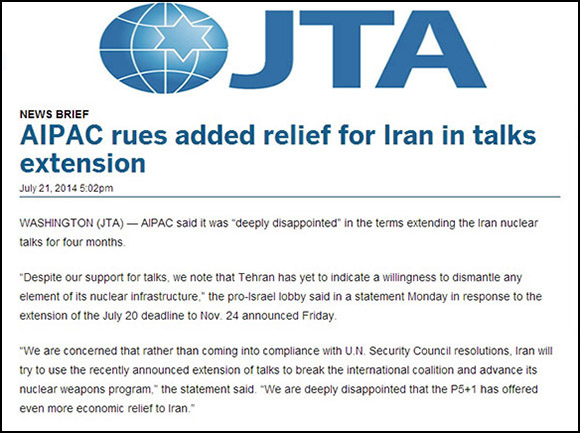 According to an article put out by the Jewish Telegraphic Agency (JTA), on July 21, 2014, AIPAC said it was “deeply disappointed” in the extension.

“Despite our support for talks, we note that Tehran has yet to indicate a willingness to dismantle any element of its nuclear infrastructure,” the Jewish lobby said in a statement.

The truth is completely the opposite to what the Jewish Lobby claims.

In fact, as reported by the BBC on July 21—the same date as the AIPAC statement—the UN nuclear agency has reported as Iran has already completed the process of eliminating all of its highest-level enriched uranium—which is 20% enriched—into far lower enhancement levels. (Even though nuclear weapons need a minimum of at least 80% enriched uranium, the hysterical Zio-lies over “atom bombs” has succeeded in persuading their puppets in “Western” governments to institute sanctions against Iran.)

Furthermore, the BBC reported that the four month extension on talks was a direct result of Iran’s decision to convert its stock of 20%-enriched uranium to lower levels. 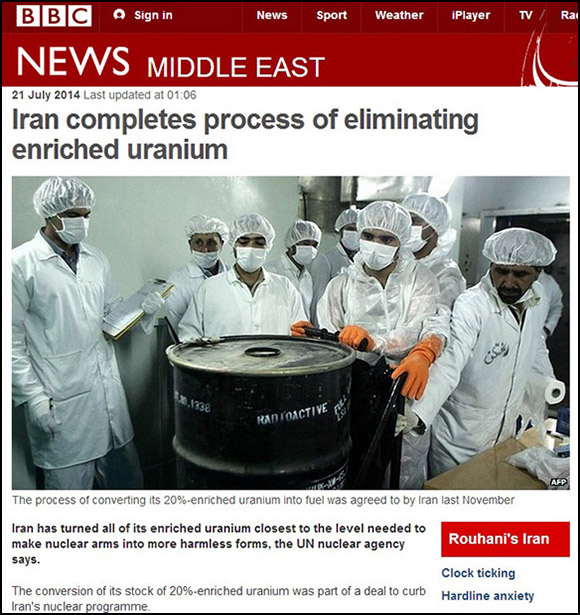 As everyone can see, the truth is directly opposite to the Zionist lie. Yet still, the Jewish Supremacist warmongering, through their controlled media, carries on…..

Click here or on the picture below for Dr. David Duke’s gripping video report on the Zionist campaign against Iran. 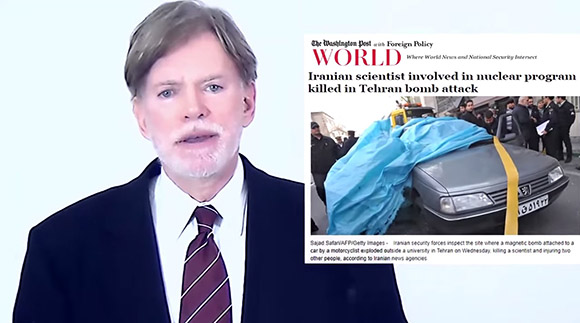 Even though it is now conclusively proven that the Jewish Lobby was behind the disastrous, illegal and immoral Iraq War, one of the leading Jewish Supremacists involved has claimed that anyone who points his out is “hateful.”

Speaking on a recent TV interview with the Newsmax TV service, Jewish Supremacist and former assistant secretary of defense Richard Perle said that even to use the word “neocon” is now “hateful” because everyone knows they are Jews! 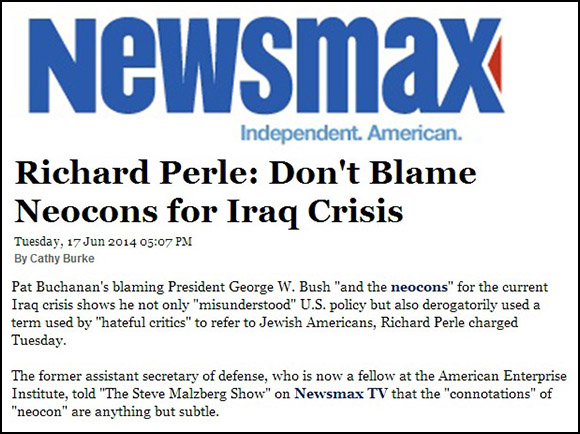 Perle, who is now a fellow at the American Enterprise Institute, told “The Steve Malzberg Show” on Newsmax TV that the “connotations” of “neocon” are anything but subtle. [Necons is now a “derogatorily-used term” which is “used by ‘hateful critics’ to refer to Jewish Americans.”

“It’s often used to describe Jewish Americans because, as it happens, some of the original thinkers whose ideas have now been characterized by this general term ‘neoconservative’ were in fact Jewish, and it often carries conspiratorial tones on the part of people who throw the term around,” Perle said.

The staggering Zionist Lie Machine continues: even in the face of the most overwhelming evidence that the Iraq War was driven by Jewish Supremacists, according to Perle it is now “hateful” to even mention this . . .

Click here or on the image below for Dr. David Duke’s video on the Jewish Neocon role in fermenting the Iraq war. 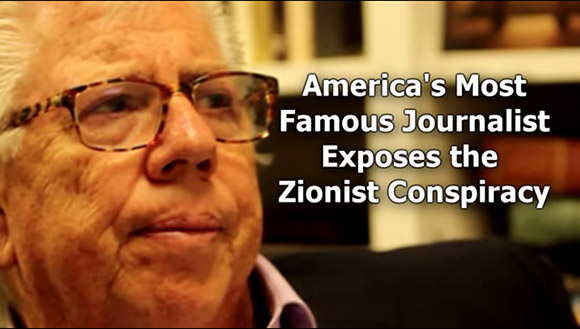 The former French foreign minister, Roland Dumas, has revealed on France’s LCP TV station during an interview that the “civil war” in Syria was planned years in advance—because Israel seens to overthrow the Assad government “because it is hostile [to Israel].”

Dumas said that he “met with top British officials, who confessed to me that they were preparing something in Syria,” that “this operation goes way back,” and that it was prepared, preconceived and organized” at least two years before it started.

Responding to a question on the motive behind the war, Dumas said:

“Very simple! With the very simple aim! To overthrow the Syrian government, because in the region, it’s important to understand, that this Syrian regime has a very anti-Israeli stance. Consequently, everything that moves in the region—and I have this from the former Israeli prime minister, who told me ‘We’ll try to get on with our neighboring states, but those who don’t get along, we will take them down’.”

The war-mongering, hate-filled, lying Hand of Zion can be seen once again, inciting war, bloodshed, death and destruction among the hated Goyim.

* It is not just in America or Europe where the Jewish Lobby exerts such influence. Even in far-off Australia, the same pernicious malaise can be found. Senior politicians–including ex-prime ministers and foreign ministers–have all conformed that the Jewish lobby in that country controls Australian policy as well, as reported earlier on this website…. 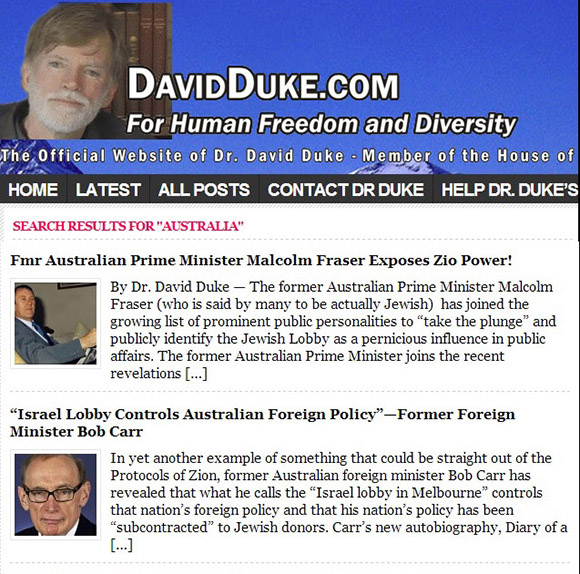 Next Post Hear Dr. David Duke on the Fundamentals of Jewish Racism, Tribalism and Supremacism