The entire Jewish world is currently celebrating Yom Kippur, or the “Day of Atonement”—but as usual, the Jewish Supremacist controlled media ignores the underlying message of the first and most important part of this “celebration”: an undertaking to renounce all vows and undertakings made over the next 12 months.

This incredible fact is not even secret and openly admitted to by Jewish sources. The famous Jewish defector, Benjamin Freedman, gave a speech (see below) in which he explained the outline of the Kol Nidre prayer’s meaning. 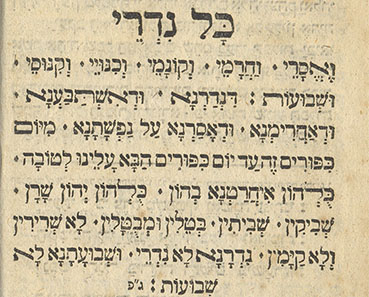 Before sunset on the eve of Yom Kippur, in all synagogues, the “Ark” (in which the Jewish holy books are contained) is opened and two people take from it two Torah scrolls. Then they take their places, one on each side of the cantor, and the three (symbolizing a Beth Din or rabbinical court) recite the following:

The cantor then chants the passage beginning with the words Kol Nidre and repeats three times the following words (Nusach Ashkenaz):

The leader and congregation say together three times, “The Lord said, ‘I pardon them according to your words.'” The Torah scrolls are then replaced, and the customary evening service begins.

All Jewish encyclopedias and authoritative works on Kol Nidre always claimed that this is not meant to say that all vows to Gentiles can be broken—but it is impossible to see how otherwise this prayer could be interpreted.

The Jewish Supremacists claim that the Kol Nidre prayer “only” applies to breaking vows to oneself or to God.

For example, the about.com Judaism site says that “Kol Nidrei literally means ‘All Vows.’ It asks God to annul vows we may make (to God) during the coming year, either innocently or under duress.”

In this light, non-Jews should be aware that the Yom Kippur celebrations have a very different meaning to Jewish Supremacists than that portrayed by the Zio-media.