The Jewish Lobby in Washington D.C. may be facing it’s a first and historic defeat in its attempts to push America into yet another war on behalf of Israel, a number of news reports have indicated. 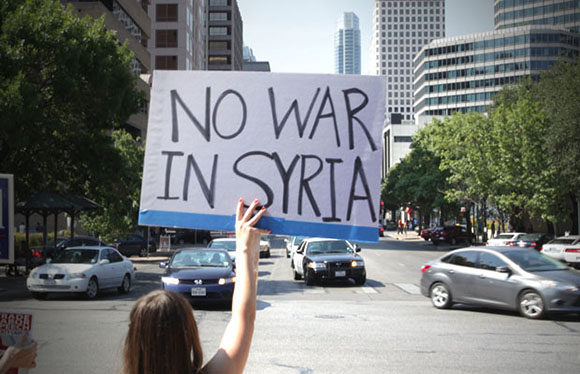 The Times of Israel has reported that the American Israel Political Action Committee (AIPAC) has found it “challenging” to “gain traction during this week’s hundreds of visits conducted with members of Congress.”

An AIPAC official quoted by the Jewish newspaper described the 300-plus meetings and conversations that organization representatives had with members of Congress as “cordial,” but did not say that they had been successful.

“This was a very controversial and challenging vote,” the official said, emphasizing that members had “encountered challenges” in presenting the case for a military strike against Syria on Capitol Hill.

The official noted that although “the Iran message was accepted” by members of Congress on both sides of the aisle, congressional concern over a nuclear Iran did not translate to political traction for the Syria plan.

Late Tuesday night, Obama announced that he would delay Congressional votes – which he had been increasingly predicted to lose – in order to allow time for a diplomatic solution to disarm Syria of its chemical weapons to take hold.

Prior to his announcement, support for Syrian military engagement had hit – along with the president’s Syria policy approval ratings – an all-time low.

* Meanwhile, arch Jewish Supremacist intervener in American politics, Las Vegas casino billionaire Sheldon Adelson said he would “call in some friends to persuade Congress” to support a strike against Syria.

“I would be willing to help out the administration, because I believe it’s the right thing to do,” Adelson, a leading Republican donor, told the National Journal.

“I might be able to call up a handful of friends, a couple handfuls of friends, and say, ‘This is the right thing to do, why don’t you support him’” Adelson was quoted as saying.

Next Post Kol Nidre: The Core of Yom Kippur