By Dr. David Duke — The murder of anyone is wrong no matter what the motive.

The murder of someone because of his or her age, sex, or race is wrong.

In the wake of the black unrest in Ferguson and St. Louis, with the Zio media and black radicals spouting vicious hatred and anger against Whites for “racism,” a rampaging Black gang attacked an innocent European American couple. With no motive of robbery, they attacked an innocent White man with hammers and beat him to death. 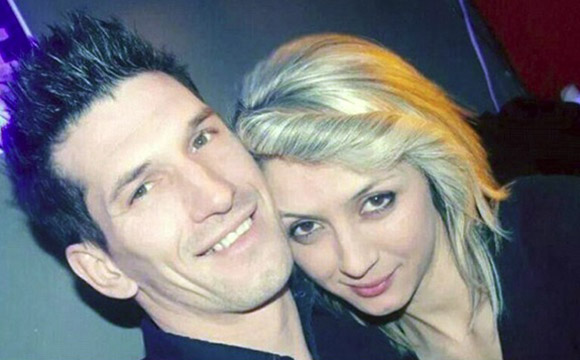 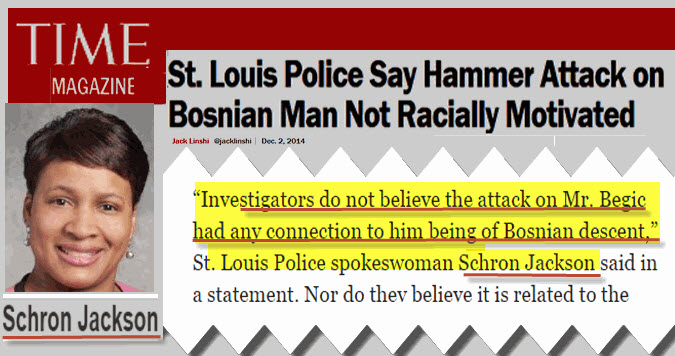 Immediately, the St. Louis Police Department’s black spokesperson, Schron Jackson, announced that race had nothing to do with the Black gang’s murder of a White man. Time Magazine headlined the victim as Bosnian, not White, while it has been quick to headline the death of Michael Brown as a “Black Teen.”

Then, to add insult to injury it quotes the police spokesperson, Schron Jackson. You can only shake their head in disbelief.

The headline reads, “St. Louis Police Say Hammer Attack on Bosnian Man Not Racially Motivated.” How do they know it wasn’t racially motivated? Here is the exact quote as reported in Time Magazine:

“Investigators do not believe the attack on Mr. Begic had any connection to him being of Bosnian descent.” Police woman Schron Jackson said in a statement.

The rampaging black gang and mobs filled with hatred against Whites and White racism could not have been racially motivated because they could not have known he was “Bosnian.”

A very light-skinned European could not be a victim of racial bias because the attackers could not have known he was Bosnian???????????????

Thanks for clearing that up for us, Schron and Time Magazine.

One think is sure. They certainly knew that Begic and his blonde wife were white.

Racism is real in America. There is a pervading racism in America against European Americans in the media and it is the same Zio media is inciting it in African Americans.