Why The Jewish Establishment Hates Trump!

Dr. Duke opened the show by talking about how rapidly Europe is sinking into a 1984-like nightmare. He pointed to the arrest of two Germans accused of running a website that is “anti-Semitic” and intolerant of immigrants. He also raised the example of a Swedish woman who has been charged with assault for scratching the eyes of her would-be rapist. 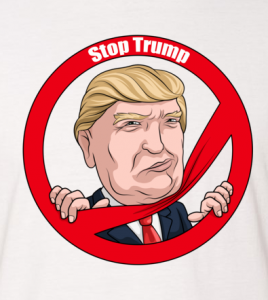 Then Dr. Slattery joined the show and they discussed the news of Donald Trump’s announcement that he will boycott the Fox News-sponsored Republican debate. They pointed out that although Trump has always voiced complete support for Israel, the Jewish establishment is pulling out all the stops to stop Trump. The reason? All candidates voice complete support for Israel, so it is Trump’s opposition to immigration that enrages the Zionists. Our open borders policy is as much a top priority for them as is support for Israel, even if most non-Jews don’t understand that it is Jewish political power that created the immigration crisis in America and Europe.

This is a lively and informative show that you need to share widely.

Next Post Merkel: Anti-Semitism in Germany ‘more widespread than we imagine’: Zio-Watch, January 24, 2016