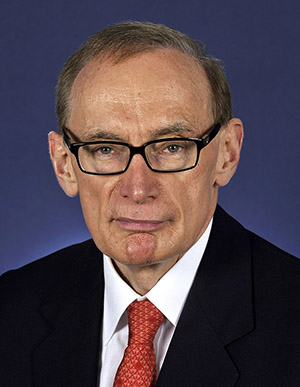 In yet another example of something that could be straight out of the Protocols of Zion, former Australian foreign minister Bob Carr has revealed that what he calls the “Israel lobby in Melbourne” controls that nation’s foreign policy and that his nation’s policy has been “subcontracted” to Jewish donors.

Carr’s new autobiography, Diary of a Foreign Minister, reveals the “extraordinary influence” of the Israel lobby in that nation and says that Australia’s foreign policy has been “subcontracted” to Jewish party donors, which prevents any criticism of Israel, no matter how negatively that affects Australia or world affairs.

Speaking in an interview with the Australian Broadcasting Corporation, Carr said that “extreme right-wing” pro-Israel lobbyists had an “unhealthy” influence on Australia’s policy towards Israel and the Occupied Territories.

“I found it very frustrating that we couldn’t issue, for example, a routine expression of concern about the spread of Israeli settlements on the West Bank — great blocks of housing for Israeli citizens going up on land that everyone regards as part of the future Palestinian state if there is to be a two-state solution.”

Carr said that “party donations” and programs targeting journalists were the reason why the numerically small pro-Israel lobby wields so much political influence.

These lobbying tactics “need to be highlighted, because I think it reached a very unhealthy level,” he said, regarding pro-Israel forces in Australia.

In his book, Carr described a conversation he had with former Prime Minister Kevin Rudd, about Canberra’s position on the Palestinian UN application.

“How much of this is about money, I asked him,” Carr wrote, according to the Guardian.

“He said about one-fifth of the money he had raised in the 2007 election campaign had come from the Jewish community.”  Jews make up 0.3 percent of the Australian population.

Carr then concludes that, “subcontracting our foreign policy to party donors is what this involves.”

According to an article in the Sydney Morning Herald, (SMH) Carr also describes Israel’s former ambassador as “cunning” and reveals his fights with the self-described pro-Israel “falafel faction” in [the Australian Labor Party] Labor’s caucus that includes Jewish MPs Mark Dreyfus and Michael Danby.

“The public should know how foreign policy gets made, especially when it appears the prime minister is being heavily lobbied by one interest group with a stake in Middle East policy,” he said in the SMH story.

He complains that Gillard would not even let him criticise Israeli West Bank settlements due to her fear it would anger Australia’s pro-Israel lobby – a reference to the Melbourne-based Australia/Israel & Jewish Affairs Council – which Carr says had a direct line into the prime minister’s office.

“So, we can’t even ‘express concern’ without complaint,” Carr writes. “This lobby must fight every inch.”

Reproducing private text messages, Carr shows how Gillard’s support of Israel was so immovable that she would not even allow him to change Australia’s vote on what he considered to be a minor UN motion.

“Julia – motion on Lebanon oil spill raises no Palestinian or Israel security issues. In that context I gave my commitment to Lebanon,” Carr writes in a text message.

“No reason has been given to me to change,” Gillard replies.

“Julia – not so simple,” Carr responds. “I as Foreign Minister gave my word. I was entitled to because it had nothing to do with Palestinian status or security of Israel.”

Gillard shuts him down in a final message: “Bob … my jurisdiction on UN resolutions isn’t confined to ones on Palestine and Israel.”

* Robert John “Bob” Carr served in the government of Australia as Minister for Foreign Affairs from March 2012 to September 2013, while also serving in the Australian Senate as a Senator for New South Wales. From 4 April 1995 to 3 August 2005, Carr was the Premier of New South Wales, the longest continuously serving Premier of the state.