Now available on the Rense Radio Network archive: Hear Dr. David Duke and the world-famous Syrian Partisan Girl expose the truth about the Zionist created Syrian conflict and the role Zionist controlled U.S. Policy in the rise of ISIS. 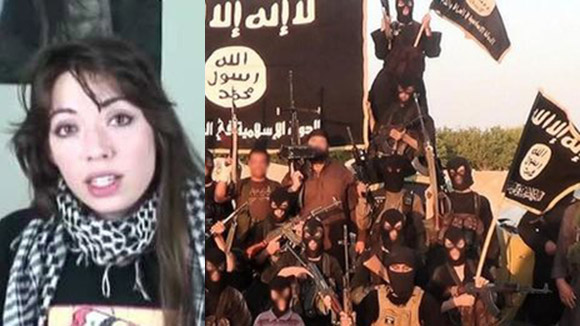 In the first news segment Dr. Duke reports that Jewish extremist blackmail has failed against the Medical Journal Lancet, and that new barriers are being broken worldwide in the exposure of Zionist power over media, banking and politics in the West.

Jewish extremists are hysterical that some of the leading medical doctors and researchers in the world are now linking to and sharing David Duke videos.

Syrian Girl comes on and explains the vicious campaign against her in Australia that was launched because she dared to expose the Jewish Zionist role in the Syrian crisis and the rise of ISIS,  how the true interests of the world coincide with the legal government of Syria, but that governments have supported these insane rebels for one reason and one reason only, because Israel and the Zionists hate Syria because it is one of the few nations that have stood up to Israel and would not become Israel’s puppet.

She talks about how Syria protects the Christians and how most Muslims support the government there and how by supporting the rebels because of the Zio control over America and Europe they have facilitated the rise of ISIS.

Finally it is pointed out that American involvement is not needed in Syria, it will only require being fair to the Syrian government and people… if that happens, Syrians will free their nation from the ISIS threat. But if the Government falls, the whole Middle East is likely to fall to the fanatics. Incredible show! Spread it far and wide!

Next Post “Who Runs America?”—Answer to be Seen in Latest International Atomic Energy Agency Vote