Now available on the Rense Radio Network archives: Hear Dr. David Duke on the launch of his new ground-breaking documentary film on The Illustrated Protocols of Zion!

In this show he discusses both the new book and his incredible video documentary that has just been released. 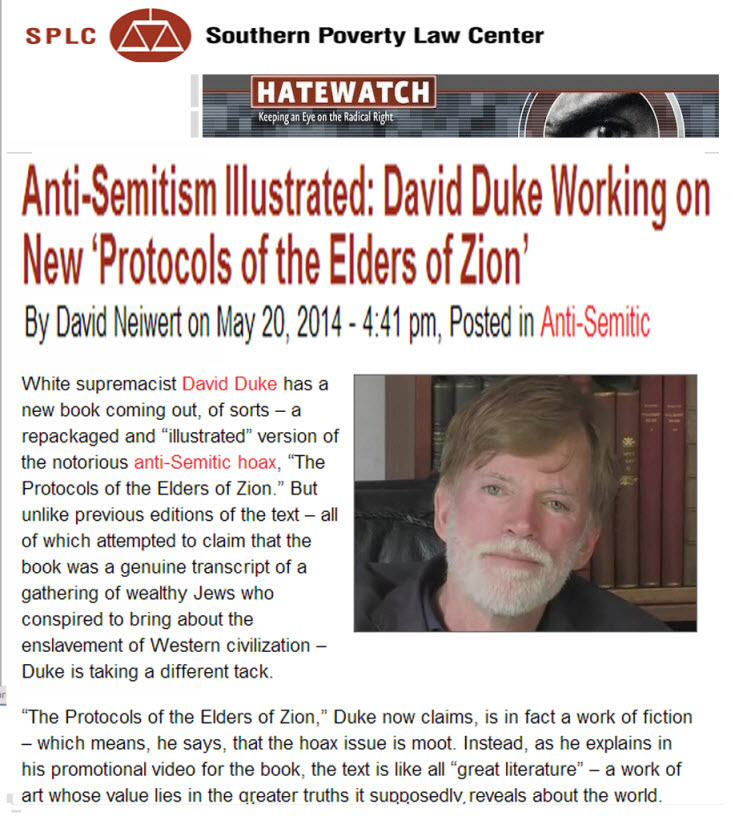 Next Post Diabetes: The Poison that Lurks in Your Daily Soft Drink