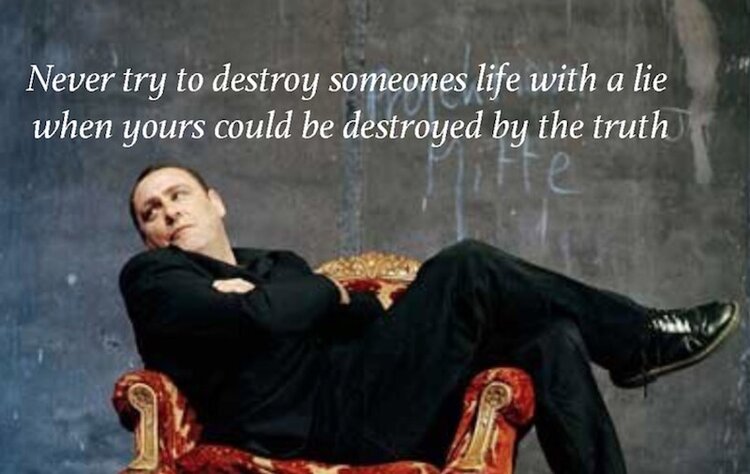 Gilad Atzmon Dares to Speak Honestly About Me!

Gilad Atzmon is a former Israeli anti-Zionist philosopher and activist. He is also a world-famous musician who has paid a stiff price for exposing Zionist Globalism and the crimes of Israel.
i just received a copy of Gilad Atzmon’s defense of himself from the lies of Radical Zionist ultra-racist supremacists! in it he had some amazingly courageous and honest words about me, which are hard to come by in a global media establishment dominated by the same people who hate both Atzmon and me.
He answer’s the question if i am a humanist, short version of somebody who truly believes in human rights. Here is his answer and below is a link for his powerful article at his website.
Is David Duke a humanist?
I oppose all forms of biologically oriented politics. I oppose all forms of politics that are defined by race, gender or sexual orientation. I contend that politics ought to unite us as equals rather than divide us on the basis of biology. David Duke and I hold distinctly opposite positions on this and other fundamental issues.
In March 2014 I gave an interview to larmurerie.fr/ I can’t trace the original French article but a  Google translation of the French original exists on my site. I was asked by the French Journalist the following question: Many French people share your opinion. For example, there is a French thinker, Hervé Ryssen, who uses the same metaphor as you when you talk about the mirror, saying that when a Jew accuses you of being an anti-semite, you just have to read the mirror image of the argument to reveal his racism towards goyim.”
My answer was as follows. “I actually use the word projection, but the mirror image is no doubt similar. And projection, by the way, is something that Freud taught us about. You know, we have to admit that some of the most interesting humanists in the history of the West are Jews: Christ, Spinoza, Marx were Jews. Why is that?…Now there is something very interesting and it’s again the first time I’m saying it. The left is devastated by David Duke for instance. He was in the KKK when he was young. But here is something quite amazing: I read him and I was shocked to find out that this guy knows more about Jewish identity than I do! How could a supposedly ‘racist’ Gentile who probably never entered a synagogue knows more than I do about Judaism? The reason is in fact very simple: he is a proud white man. He’s interested in nationalism, in the culture of his own people, so he understands things that I am not even allowed to think about. Believe it or not, even as a Jew, I wasn’t allowed to think of myself as a racist. I was a racist, maybe I am still one, but I was not allowed to acknowledge it. Once he acknowledges that he’s talking about white people’s rights, in a way he thinks like Avigdor Lieberman! But in fact, he is way better than Lieberman. David Duke is a humanist because he says, «I want to celebrate my right and you should celebrate your rights»  whether you are Muslim or black or whatever. He believes that all people should celebrate their rights, this is his current philosophy. Avidgor Liberman is not a humanist, because he wants to celebrate his rights at the expense of other people.”
In my book. Humanism is primarily a universal adventure. Duke, today,  is no doubt a separatist. He prefers to see people  living in partitioned enclaves, he opposes immigration and  his political thought is racially oriented, yet, if I understand it correctly,  he believes that all people regardless of their race, ethnicity, skin colour or religion should enjoy such a right. At least in comparison with the right wing Zionist philosophy that adheres to the idea that one people should celebrate their self determination on the expense of another people, Duke’s current offering is more ethical, universal and humane. I understand that some Jews may be upset by the comparison, however, the way to deal with disagreement is to produce a counter argument rather than terrorizing the music community.  I myself hold completely opposing views to Duke’s on the matter: I believe that people should learn to live together and seek harmony. This is why I left Israel. However,  despite of my disagreement with Duke on some fundamental and crucial issues,  in consistence with the Western intellectual tradition, I take pride in making an effort to understand positions before I criticize them.
Here is link to his full article on all the pertinent subjects he covers from Holocaust revisionism to Jewish racism!
Gilad Atzmon answers his critics!

Previous Post Dr Duke & Mark Collett of UK on the Trump Speech, a Revolutionary Defense of White People in America and Europe!