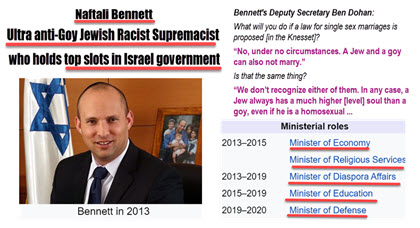 Dr. Duke and Patriotic Alternative leader Mark Collett of the U.K. talked about the fact that Zionism isn’t simply a nationalism whereby Jews establish a nation-state in the Middle East, but is actually a form of global supremacism. We are as much under the heel of Zionism in the United States as the Palestinians are, and we should support the Palestinian cause as our own. 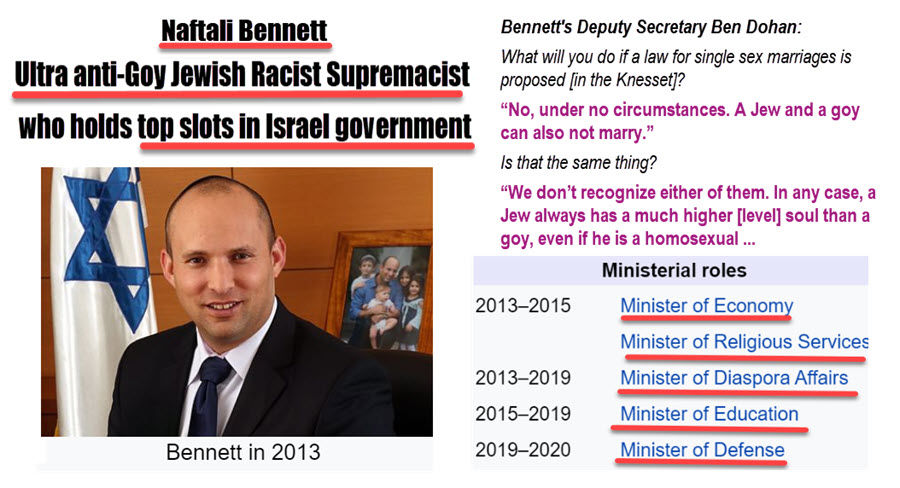 Check out excerpts from the following article from the oldest major daily newspaper in Israel: it is illustrative of the point raised in this show that there is far more open discussion of Jewish supremacism and racism in Israel in the Jewish Press run by Jews for Jewish consumption, than the Major Media in America Owned and run by Jews for the Goy consumption. Reading this article should make you know why they hide these truths for the goyim like the top officials in the government of Israel.

From Gay Jews Down to Goys |

The truth is that you don’t even need to ask anything. Veteran journalist Shalom Yerushalmi from the veteran newspaper Maariv asked for you. A short and comprehensive interview he conducted toward the end of last week with Rabbi Eli Ben Dahan, the deputy minister of religious services, who operates under the wings of big brother Nafatli Bennett, the economy minister who is also officially the minister of religious affairs, paints the picture quite nicely.

Do homosexuals change the Jewish character of the state?

… They can do what they want, but we will not grant it legal status.”

What will you do if a law for single sex marriages is proposed [in the Knesset]?

“No, under no circumstances. A Jew and a goy can also not marry.”

Is that the same thing?

“We don’t recognize either of them. In any case, a Jew always has a much higher [level] soul than a goy, even if he is a homosexual …

According to the Ben Dahanist world view, there is a clear hierarchy in the world. There is a supreme race, the very same chosen people called the Jewish nation.

At the top of the pyramid are the heterosexual Jewish men. …underneath them are the Jewish women, Jewish bastards and Jewish homosexuals; though I am not sure that I understood completely the internal rankings starting with the second position in the upper playoffs. In practice, there is a need for an internal division among the Jewish women: There are heterosexual Jewish women, those who may not tend to fight at high volume but commune intimately with men or with God;…

I will present to you the full table of deputy Religious Services Minister Eli Ben Dahan concerning the hierarchy of the human species.

Note the fact that below the line are only “goyim;” there is no need or reason to divide them up into subcategories. We only need to pour out our wrath on them, to be very careful not to marry them, and to remember extremely well that even a Jewish homosexual (and it goes without saying about, say, a Jewish heterosexual murderer) is endowed with “a soul [on a] very much higher [level]” than their souls. Truly a nation of a light unto the gentiles.

Remember, no Chinaman ever called me goy.

Click here and look for the show dated 5-28-21 Our show is aired live at 11 AM Eastern Time (US) & is replayed at 4 PM Eastern Time.  Share this show widely. And please keep us on the air and on-line.

Previous Post Dr Duke & Dave Gahary – The Jewish Global Criminal Effort to Amputate and Mutilate the Sexual Organs of Healthy Young Goyim! But, NOT FOR JEWS IN ISRAEL!

Next Post Dr Duke & Dr Slattery Tell the True Meaning of Memorial Day – Honoring all the Men who Died Believing they Fought for the Freedom of Their People & Nation — We Honor Them by Fighting for the Same Principles!