The recent revocation of a tenured academic position at the University of Illinois on the American Indian Studies course to Professor Steven Salita because he dared tweet against the Israeli genocide in Gaza, has once again served as a perfect example of the tribalist Jewish Supremacist racist control of America’s higher educational institutions.

For this sin, his offer of a tenured professorship at the University of Illinois was revoked before he even took up the position—a move which was then lauded in the Jewish Supremacist magazine Tablet as “good thing” and “the rightful consequences of bigotry and violence.” 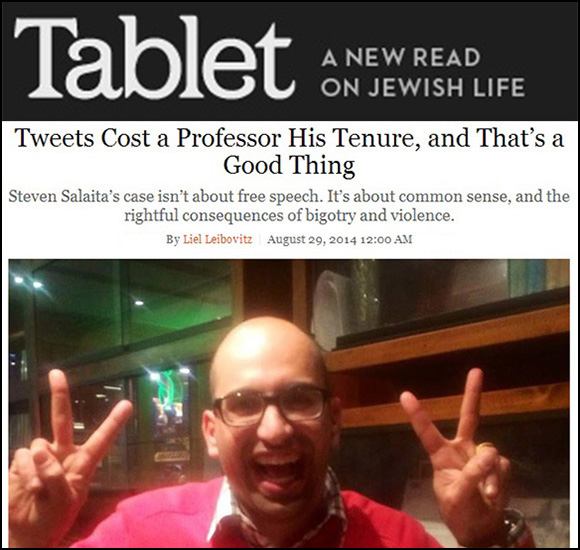 The university’s chancellor, Phyllis Wise, refused to approve his appointment, explaining that the university “cannot tolerate personal and disrespectful words or actions that demean and abuse either viewpoints themselves or those who express them.”

However, what the Tablet magazine and other Jewish Supremacist controlled media coverage of Professor Salita’s dismissal media control have all failed to mention, is the fact that the is a dedicated Jewish Supremacist pressure group—whose existence is completely hidden from the general public—whose sole job it is it suppress any anti-Israeli opinion at educational institutions. 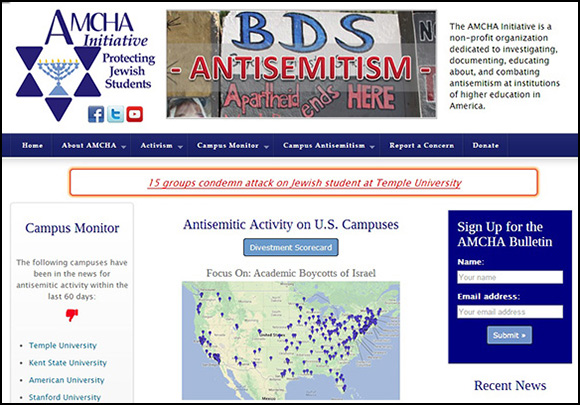 This highly active organization is called the AMCHA Initiative, which, according to its own website, uses the results of its “research and analysis to inform university administrators and the public about the antisemitic incidents, the individuals and groups that are perpetrating them, and to pressure university leaders to act.”

AMCHA has a list of what it defines as “anti-Semitic activity” which includes “denying Jews their right to self-determination,” “demonizing Israel” and “promoting Boycott, Divestment, Sanctions (BDS) against Israel.”

This is of course ironic, because the only people being denied the right to self-determination in Palestine are the Palestinians.

In a recent letter to the University of California Board of Regents, the National Lawyers Guild described the way in which AMCHA operates:

They concoct demonstrably false narratives about specific campus events involving criticism of Israeli government policies, describing them as if they targeted, even violently so, Jewish students.

They then paint an overall picture of campuses in which Jewish students are under constant attack in a pervasively hostile environment – in direct contradiction of actual surveys of those students, who overwhelmingly report the opposite.

They write to UC chancellors and CSU presidents, citing falsified events, to demand that they condemn the speech of advocates for Palestinian rights and shut down their campus organizations.

They attack academic freedom of faculty members by similarly mischaracterizing expressions of personal views and pretending that the faculty purport to represent official university positions; and by proffering outlandish accusations against academic departments that sponsor speakers with whom they disagree, or that affiliate with academic associations that adopt certain positions on important issues.

This active censorship and suppression of non-Jewish opinion is exactly like the Jewish Supremacist tribalist racism which puts Jews before better-performing non-Jews in university admissions and academic appointments. 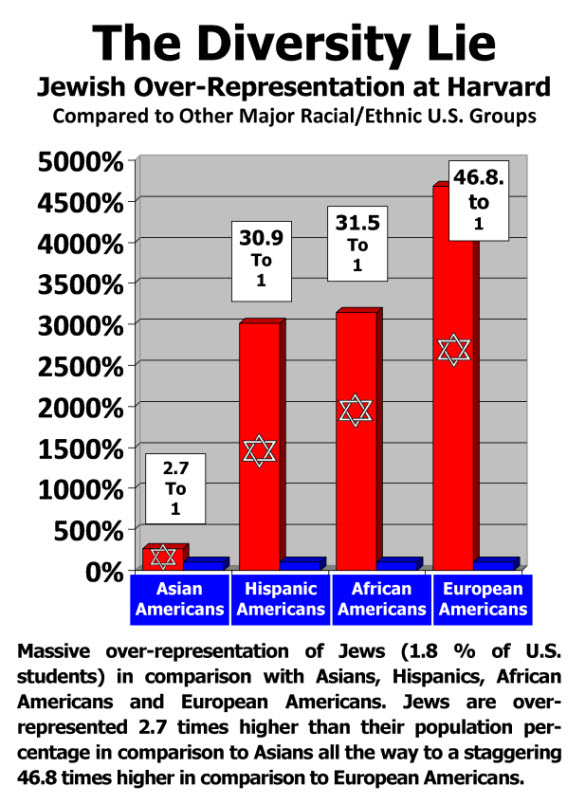 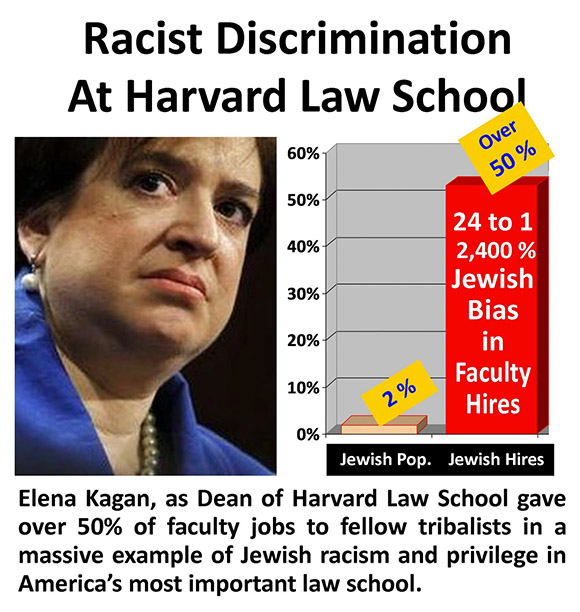 America—and the world—will never be free until the power and ideology of Jewish Supremacism is broken forever.

Next Post Hear Dr. David Duke on the Paleo Lifestyle