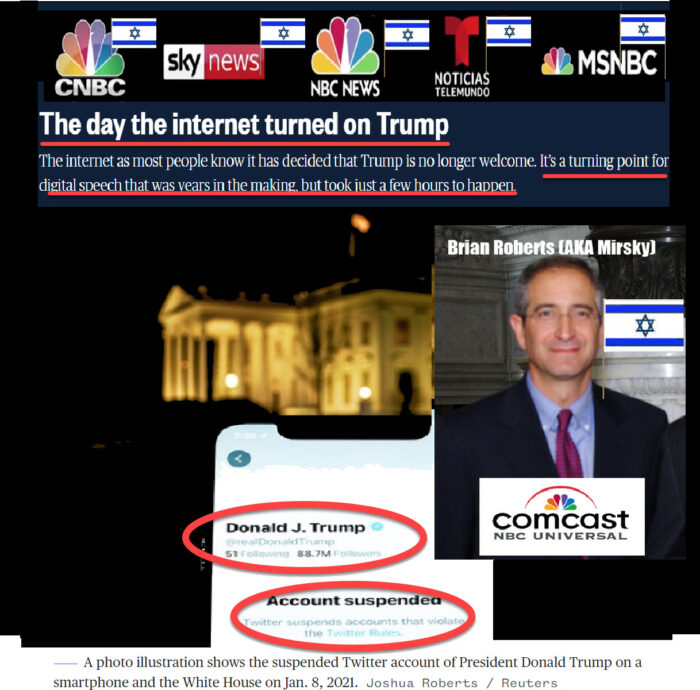 Did election fraud occur in the 2020 Presidential race?

Not only was there massive, proven election fraud, the controlled, biased media pronounced that presenting any evidence of voter and election fraud was itself an attack upon “Democracy.” Of course, the truth is that if you have election fraud and a biased, unfair medis, you don’t have a free and fair election!

The fact that the President of the United States and millions of people had their social media accounts were suppressed by the three or four companies that control 90 percent of the Internet, is proof itself of a rigged election and a rigged fake news media that is nothing more than tyranny. The fact is that these companies rigged and election and then suppressed millions of people who exposed it.

For instance, President Trump has 88 million followers on Twitter, many millions on Facebook as well as people that use Google searches and Google’s YouTube. They were denied to hear Trump’s opinions on any of this!

Now Trump is under a deluge of attacks and slanders by the mass broadcasting, Internet and print media. They are demanding Impeachment, which is imminent.

With a massive cascade of nonstop attacks on him and his supporters, the President of the United States is being blocked from defending himself, from fairly and freely telling his side of the story.

The media always tells us about election fraud in other countries. What would they say about any establishment that would prohibit publishing evidence of voting fraud and violations?

That is exactly what is happening right now in the once free United States of America.

If the President can voice his opinion then who really can?

And, all of the major social media like Facebook and Google and Twitter say they are not going to permit any users from voicing opinions or offering evidence of election fraud.

By itself alone, that shows the fraudulent, rigged election where Facebook, twitter had a massive campaign to de-platform millions of accounts that supported Trump or even that dared to expose Biden corruption. Even mainstream newspapers were silenced and blocked by these Internet Giants, the same all Facebook users who simply linked to my articles on my website were blocked.

As far as TV broadcasting is concerned. For four years millions of anti-Trump hate advertisements were paraded as news and entertainment programming.

It was billions of dollars worth of criminal election campaign attack ads against Trump and pro Democrat. Those vile attacks were never reported as in-kind contributions.

Understand clearly, the same mass media and establishment power that constantly says there is “White Supremacy” and “Systemic White Racism” and “White Privilege” is itself completely dominated by Jewish Supremacy like the NYTimes and the biggest Media and Internet Corporations on Earth.

The Biggest Giants of Media all controlled by dedicated Jewish Zionists.

These powerful Jewish billionaires of Media and Internet tell us everyday about “White Supremacy” and “White Privilege” when the truth is that even their corporations are controlled by Jewish Supremacy and Jewish Privilege over the 98% non-Jewish population. With that power they rule of much of the mentality and opinion of the whole world.

How can a tiny handful of unelected billionaires people dictate what can written and read, what can be said or filmed or published?

Should just a handful of unelected billionaires be able to control the speech of billions of people?

This is the greatest threat to real human freedom in the entire history of humanity!

Next Post Dr Duke & Dr Slattery Prove that Trump Did NOT incite a riot & How the Ziogarchs of the Internet Stopped Trump’s right to defend himself!