Patrick Slattery: Today Dr. Duke exposed Ted Cruz for the Zio fraud that he is. He pointed out that Donald Trump is now raising Senator Cruz’s connections to the criminal banking entity Goldman Sachs, including his wife’s position as a Houston regional Vice President for Goldman Sachs. 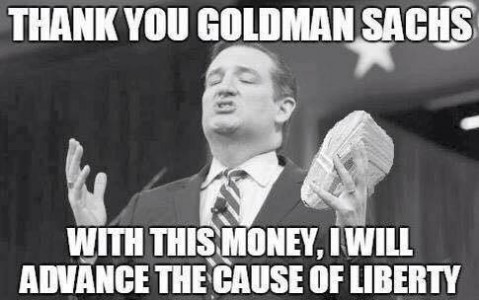 Dr. Duke also played a clip of Cruz speaking in favor of amnesty to illegal immigrants so they could “come out of the shadows.” Dr. Slattery joined the show and asked if we should pass a law to allow car thieves to acquire titles to the cars they drive so they can come in out of the shadows.

This is another powerful show that will set anyone straight on the Zio duplicity of Senator Cruz. Please share it widely.

Previous Post Jonathan Pollard reportedly to speak with Jewish leaders — who will congratulate him on job well done!: Zio-Watch, January 21, 2016