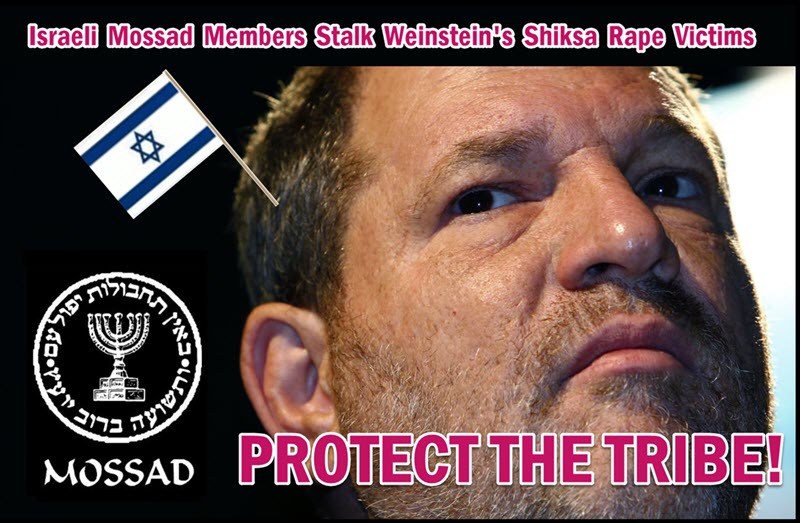 In today’s show Dr. Duke exposes the facts emerging that Israeli Mossad agents were involved in the stalking and efforts to silence the Shiksa rape victims of Harvey Weinstein.

Dr. Duke Today Exposes this latest Jewish Chutzpah and Racist Tribalism and goes into the history of Jewish racist supremacism and how it explains their power in the Western World, a power that is pervasive, but that is not total and is absolutely vulnerable to an awakened world !

Previous Post Dr. Duke on Psychotic Mass Murder as the New Norm – Why? Look at the ZioPsychopaths Who Run ZioWood!

Next Post Dr. Duke Quotes Jewish Extremist Who Exposes Himself by Warning Jews Not to Tell Truths that Dr. Duke can Quote!