The results of European Parliament elections held last week have at last shown that in many  parts of Europe, resistance to the ideologies enforced by Jewish Supremacists—mass immigration and globalization—are being decisively rejected.

DavidDuke.com does not endorse any particular political party, or seek to express an opinion one way or another on any party, so any mention of an organization in the review below must not be taken as an endorsement or rejection. Our overview is merely based on the overall tendency which has been highlighted by the results, and nothing else. 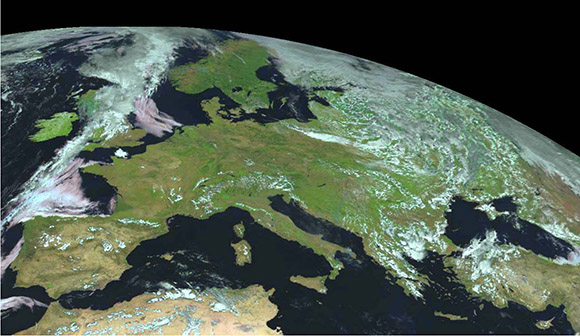 In France, the Front National has done better than even it had probably expected or hoped, polling a historic 25% of votes in the European elections and becoming France’s top party on the European stage.

By comparison, the second place was taken by the centre-right UMP, which polled just over 20% of the vote, and the ruling Socialist Party came third with 13.9%.

The Front National’s main campaign platforms were a rejection of mass immigration and the dismantling of the globalist European Union.

In Greece, the far left but anti-EU party Syriza party topped the polling, while the nationalist Golden Dawn party boosted its share of the vote to 9.4%, which means that it will return three Members of the European Parliament (MEP).

In Hungary, the nationalist Jobbik Party came second, polling 15% of the vote, which means it will return three MEPs.

In Germany, the nationalist NPD won its first seat in the European Parliament, while the anti-EU “Alternative for Germany” party took seven seats.

In the United Kingdom, the BNP viote decreased by more than 90% from 2009. This was predictable, given that party’s well-known internal issues. This collapse allowed the United Kingdom Independence Party (UKIP) a free run to win the EU elections in Britain outright and return 24 MEPs. UKIP is firmly anti-EU and seeks to restrict immigration.

In the Netherlands, the anti-EU Freedom Party, led by Geert Wilders, came second with 14% of the vote, and will return four MEPS. Recently, the Dutch Jewish lobby has formally attacked Wilders for daring to work with France’s Front National and Austria’s Freedom Party.

In Austria, the anti-immigration Freedom Party scored 20% of the vote, and doubled its representation in the European Parliament to four seats.

Parties with anti-EU platforms also performed well in Denmark, Belgium and Poland, with only Italy bucking the trend to any significant degree.

It can therefore be seen that the general trend is without any doubt towards an anti-globalization policy, and towards a tightening of immigration control.

Both of these policies are core to the overall Jewish Supremacist policy for the rest of the Gentile world (but of course firmly rejected for Israel).

All freedom-loving people around the globe can draw solace from the fact that the latest European Parliament elections have now at last shown a definite step away from this Jewish Supremacist globalist agenda. There is still much work to do, but eveyr journey begins with that first step!

Next Post Hear Dr. David Duke on Honoring our Soldiers on Memorial Day—By Making Sure They Never Fight for Israel Again