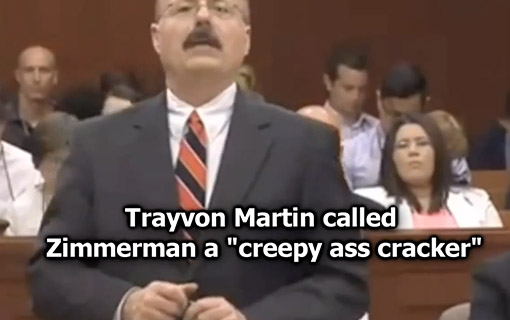 This updated video reveals the real and violent racism that pervades our society. It is racism and violence incited by a third party, the real dominators of media, government and finance who have waged a century long campaign to depose and replace European Americans. It is part of their effort to overthrow what was a predominantly European American nation as part of their divide and conquer strategy.

They worked to change the demographics of America and at the same time incite the other races against European Americans. Simultaneously, they had to erase in Europeans any sort of loyalty to their own heritage and interests so as to not have the moral strength to stand up against the ultra-racist ethnic usurpers.

In order to that they used their media domination to instill guilt and even self-hatred in the minds and hearts of their perceived enemies and destroy their will to resist the new overlords.

The truth is that  African Americans, European Americans and others are all being exploited and manipulated by the real rulers.

The real danger to African Americans is not people like George Zimmerman, who is about as much European as mixed race Obama.

The real danger is the Zio-Hollywood moguls that drench Blacks (and Whites) in media that promotes violence, drugs, alcohol abuse, sexual degeneracy and disrespect of women, all these things are what has harmed millions of African Americans and millions more Europeans as well.

The Zimmerman case was just one more hatefest against their perceived ethnic enemy.

African Americans kill ten times more of each other than the number of victims killed by other races. Who teaches young Black males (and Whites) the gangsta culture of violence, drugs, thievery, sexual license? Who is responsible for the media values that have led to the disintegrating Black family and the fact that most Black children grow up without a loving, present father.

It is the media establishment, and in case you haven’t noticed it is not controlled by European Americans, in fact, the only ones they tolerate are those who resist the ultimate racism of the real rulers of America today.

Sadly, the destruction of the European American 90 percent majority has been catastrophic not only for Europeans, but for the Palestinians and the world… because by gaining control of America for their interests they have driven the world to wars and massive economic exploitation of the International Banks.—Dr. Duke