Dr. Slattery filled in for Dr. Duke today and spent the hour with Reverend Mark Dankof. Reverend Dankof discussed his recent article on PressTV about a speech made by George W. Bush at Sheldon Adelson’s casino in Las Vegas. He pointed out the links between Bush and the New Apostolic Reformation Movement, which is hijacking evangelical Christianity and turning it into a fully-owned subsidiary of Zionist money lords.

They then went on to discuss how the Zio media purposefully polarizes the issue of policing in the black community. Rather than enabling better understanding of and solutions to the real problems within the police force and within the black community, the objective of the media coverage seems to be to inflame the black community and to harden the attitudes of policy and their supporters, very much in line with the “divide and conquer” strategy. 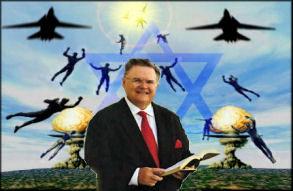 Finally, they talk about how the media frames the issue of gay marriage, presenting it in terms of human rights advocates against religious fundamentalists, thus excluding any scholarly considerations of human evolutionary and cultural history, moral issues raised by technological developments, or any other considerations that would promote an understanding of how new policies would actually impact society.

This was the kind of thought provoking show that you just won’t find anywhere else. Pass it on to anyone who needs proof that rational discussion of these issues is actually possible.