An Israeli electricity company has decided to intermittently cut the power supplies to Palestinians in the occupied West Bank.

“Due to a mounting debt worth nearly 1.8 billion shekels (USD 459 million), we have decided that as of today, electrical supply will be cut” for an hour each morning and another hour each night, said an Israeli official with the energy company on Thursday.

The official, who was speaking on the condition of anonymity, said the measure, which would “not cause general power cuts, will remain in place until the Palestinian Authority begins to settle its debts.”
Click here for the full story

Israeli forces have demolished a Palestinian house and barn in the south of occupied West Bank as the Zionist regime continues its violence against Palestinians.

Israeli bulldozers accompanied by several military vehicles moved into the area of Khirbet al-Ras in the west of Idhna town on Thursday, destroying a house and a mobile home belonging to a Palestinian civilian named Ahmad Jamal al-Jiyawi, the Palestinian non-governmental Ma’an News Agency reported.

The United Nations has slammed Israel’s destruction of Palestinian homes in the occupied West Bank and East al-Quds as illegal and unfair, after a series of demolitions last week left dozens of Palestinians – mostly children – homeless.
Click here for the full story

Spain has held the Tel Aviv regime accountable for the death of a Spanish peacekeeper serving with the United Nations Interim Force in Lebanon (UNIFIL) during an exchange of fire between Israeli forces and fighters from Lebanon’s Hezbollah resistance movement.

“It was because of this escalation of violence, and it came from the Israeli side,” Spanish Ambassador Roman Oyarzun Marchesi told reporters in New York on Wednesday.

Marchesi further noted that his country demands full investigation into the killing.

For more information on the firefight between Israel and Hezbollah, Press TV readers can click on live update.

The Spanish defense ministry said in a statement that 36-year-old Corporal Francisco Javier Soria Toledo “died this [Wednesday] morning during incidents between Hezbollah and the Israeli army in the area of responsibility of the Spanish contingent.”
Click here for the full story

The Senate Banking Committee on Thursday voted 18-4 to advance a bill authored by Sens. Mark Kirk (R-Ill.) and Robert Menendez (D-N.J.) to the full Senate, although a number of the lawmakers who approved noted that the measure would not be considered by the body until March 24 at the earliest.

Menendez has said that Democrats will delay voting on the bill until then to give time for the talks between the major world powers, including the United States, and Iran on swapping sanctions relief for guarantees that Iran is not advancing toward a nuclear weapon.

The parents of a 14-year-old Palestinian girl who has been sentenced by an Israeli court to two months in prison have voiced concern over their daughter’s fate.

The youngest girl detained by Israel so far, Malak al-Khatib was arrested on December 31, 2014 in the village of Betin, near Ramallah.

Following at least three hearings, an Israeli court sentenced Malak to two months and a fine of $1,500 on charges of stone-throwing and the possession of a knife; the girl’s parents have vehemently rejected both charges.
Click here for the full story

Deal with Iran at heart of Argentine prosecutor’s death mystery

President Cristina Fernandez Kirchner has portrayed Argentina’s spy agency as sinister, accountable to no one, and possibly responsible for the mysterious death of a prominent prosecutor in his Buenos Aires apartment.

As a result, Fernandez Kirchner declared this week, the Intelligence Secretariat needs to be totally shut down – and a new agency built from scratch: “You can’t extort me. You can’t intimidate me. I’m not afraid of you,” she said, speaking directly to the agency’s leaders, in a nationally televised address on Monday. 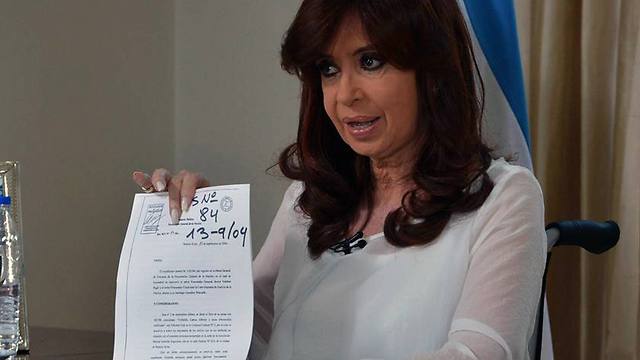 Radical Islamist group releases new, unverified message from Japanese journalist saying Jordanian pilot will be killed unless Jordan releases Iraqi prisoner. An audio message purportedly from a Japanese journalist being held by Islamic State militants said a Jordanian air force pilot also captured by the group would be killed unless an Iraqi female prisoner in Jordan was released by sunset on Thursday.

The message appeared to postpone a previous deadline set on Tuesday in which the journalist, Kenji Goto, said he would be killed within 24 hours if the Iraqi was not freed.

The letter of the legislation passed Thursday by the Council of Ministers is expected to be made public next month, according to the Jewish Community of Porto.

The legislation was passed in 2013 by the parliament, making Portugal the second country in the world after Israel to pass a law of return for Jews. Spain is poised to pass a similar law.

Portugal’s Jews were forced out of the country along with their Spanish correligionists in the 14th and 15th centuries because of the church-led persecution known as the Inquisition.

WASHINGTON (JTA ) — Three in four U.S. senators pledged not to support assistance to the Palestinian Authority until the Obama administration reviews the admittance of Palestine to the International Criminal Court.

“Current law prohibits economic assistance to the Palestinian Authority if the Palestinians initiate an ICC investigation of Israeli nationals or ‘actively support such an investigation,’” said the letter sent Thursday by 75 senators to Secretary of State John Kerry.

It is not clear that the Palestinian Authority violated U.S. law with its actions. The ICC prosecutor, not the Palestinians, initiated the preliminary examination of whether crimes were committed during last summer’s Gaza war, and a formal investigation has yet to be launched. Typically it takes years for examinations to become investigations.
Click here for the full story

Molly White, a Republican state representative, said in a Facebook posting that she would be out of the office on Thursday, Muslim Capitol Day, organized by the local Council on American-Islamic Relations chapter.

“I did leave an Israeli flag on the reception desk in my office with instructions to staff to ask representatives from the Muslim community to renounce Islamic terrorist groups and publicly announce allegiance to America and our laws,” she said. “We will see how long they stay in my office.”

The Texas Tribune said about 100 Muslims visited the capitol, most of them students and children.
Click here for the full story

WASHINGTON (JTA) — Rep. Nancy Pelosi, the House minority leader, said she told Israeli Prime Minister Benjamin Netanyahu that his speech to a joint session of Congress could hurt ongoing negotiations with Iran over its nuclear program.

Speaking to reporters Wednesday, Pelosi (D-Calif.) said the March 3 address, which will focus on Iran’s nuclear ambitions, could lower the chances for the United States and world powers to reach an accord with Iran to limit the program.

She also criticized the speech’s timing, coming two weeks before Israeli elections on March 17, and said the speech should have been coordinated in advance with President Barack Obama and congressional leadership.

“Such a presentation could send the wrong message in terms of giving diplomacy a chance,” Pelosi said. “That’s my view, and I shared that with the prime minister today.”
Click here for the full story

Prime Minister Benjamin Netanyahu’s wife reportedly pocketed thousands of shekels in cash from deposits of bottles during the couple’s second term in office, which began in 2009, a report in Haaretz said Thursday.

The report further claimed that in 2009 the Netanyahus had returned some $1000 to the state – which legally owned the empty bottles and thus the deposit as well – though the actual value of the cash is between $5,000-$6,000. 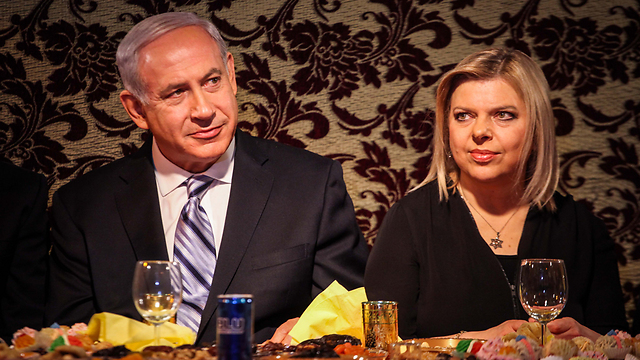 Next Post Gorbachev warns of risk of US-Russia armed conflict