Dr. Duke Speaks IN DEFENSE OF WHITE WOMEN & Exposes The Vicious Jewish Attack on Trump as the “Anti-Christ!”

Dr. Duke started the show by talking about the Jewish attack on Donald Trump, the latest example coming in the form of the New York Daily News attack on him with a full cover portraying Trump as a Devil and the Anti-Christ. The newspaper is owned by Neocon Zionist media mogul Mortimer Zuckerman. 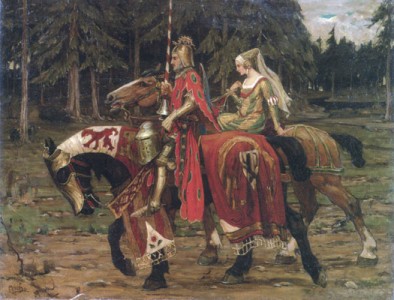 He then went on to discuss with Dr. Slattery relations between men and women. He criticized the trend within some men to blame our problems on women. He compared this to a male flip-side of feminism, which of course was a divide and conquer strategy led by Jewish supremacists. While noting that men and women are different and that these differences tend to lead them to different roles, he nevertheless called on men to honor women and dedicate themselves to defending and protecting them, for without women there can be no future for our people.

This is a great weekend show that you will want to share with your friends.